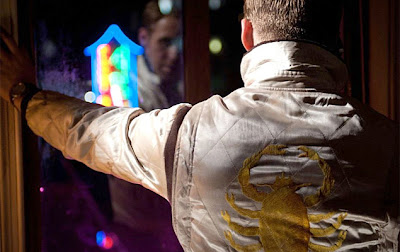 I'd better get this out of the way before I start reviewing movies from 2012. I have one of those movie cards that gets you a free movie after a certain amount of time, the benefit of which is you can actually go to the site and see what you've watched. This is very handy. So in no particular order, I give you: the best of 2011 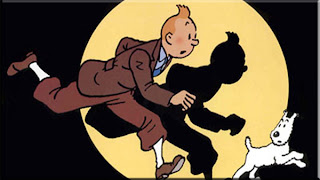 3D THE ADVENTURES OF TINTIN
A movie I'll be reviewing again soon for the blog, I managed to see this on Boxing Day when it came out. Christmas was a bummer and I was in a bad mood, and this lifted that mood immensely. Great digital animation, fantastic acting (particularly from the wonderful Andy Serkis), great music, great direction, overall just great, old fashion storytelling at it’s best. Highly recommended. 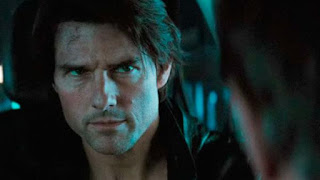 MISSION: IMPOSSIBLE GHOST PROTOCOL
Pure entertainment. Though M:I:GP is a flawed film: the script is a times a bit muddled, the villain underdeveloped and difficult to recognise, it remains a great action thriller, bringing to mind for me the best of De Palma’s original 1996 effort, in the best way. Paula Patton was sexy, Simon Pegg was funny in a non-annoying way, and Jeremy Renner was great in his limited role (I’ll always love him. I’m still a fan of S.W.A.T. And he’ll always be my ‘Bad Boy Sheriff’). The Dubai stunt alone was worth the price of admission. 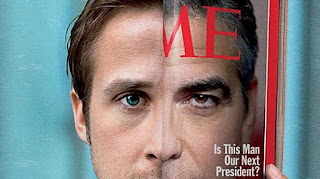 THE IDES OF MARCH
We all know Clooney is a very political man, and works privately for those beliefs in various charities and causes he supports. So I was expecting a dash of his personal politics in this film, though that wouldn’t have bothered me. What I got was a film that wasn’t so much political as it was about politics, and was satisfyingly brutal, adult and as cynical as it gets. No happy endings here, and I love it.

3D THE THREE MUSKETEERS
This makes it in for the fact it defied my expectations so outrageously. It’s a Paul W.S. Anderson film, so I was thinking something as mindless as his Resident Evil films. Instead it’s a surprisingly charming action adventure, from what I’ve heard a fairly faithful recreation of the original story, save for the flying ships, which I loved. The best part of the whole film is the performance given by Freddie Fox, who’s King Louis is at first insufferably annoying but ultimately charming and altogether consistent. I hope to see more of him. Another surprise was Orlando Bloom, who was fantastically douchey as the Duke Of Buckingham. 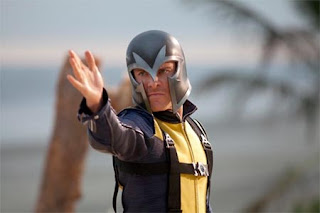 X-MEN FIRST CLASS
One of the best superhero movies ever, and stands shoulder to shoulder with X2, though First Class didn't handle the large cast as well as it did. Fassbender and McAvoy hand in great performances, and their screen time together should have been much, much longer. First Class proves that a superhero movie can have some heart and intelligence, and Fassbenders Magneto is one of the best superheroes in a movie ever, in terms of powers and character construction. It's great that the film portrays the traditional X-Villains, Magneto and Mystique, in a positive and a persuasive light, and Charles as an ivory tower, (implied) self-hating mutant. I didn't stop thinking about this movie for such a long time after I watched it, which is a big deal because not many superhero movies do that for me and I'm a comic book fan. 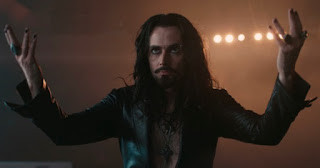 3D FRIGHT NIGHT
David Tennant David Tennant David Tennant. David Tennant explodes onto American movie screens with his arsehole of a Russell Brand impersonation, a Cris Angel-esque rock and roll magician. He rocked every scene he was in. Anton Yelchin remains one of my favourite young actors. Imogen Poots is very sexy, and i want to see more of her. I love anything Colin Farrell is in, and his menacing role as Jerry was a great, proving he can be good in standard blockbuster fair as well as the smaller stuff like In Bruges. The dialogue was great, the breaking-into-house scene in the middle act was appropriately dark and disturbing, and everything was appropriately hip, self aware and gory. Great popcorn fair. 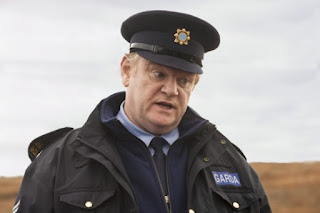 THE GUARD
Brendan Gleeson. In a buddy cop movie. With Don Cheadle. But its not a buddy cop movie. It’s very, very Irish. So much so that it’s written and directed by Martin McDonaghs brother John Michael. As an aspiring script writer and director, I found that the pre titles sequence is one of the best I’ve ever scene. 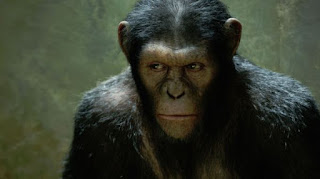 RISE OF THE PLANET OF THE APES
Andy Serkis made me forget that the rest of the cast (with the exception of John Lithgow (where have you been?)) weren't’ all that great, and that the whole thing ended on a bit of a dull, unsatisfying note, and that a credits sequence wasn’t enough. But the primates are the start of the show, and the film itself has a lot of heart and intelligence. 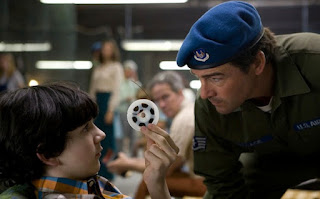 SUPER 8
So J.J. Abrams made a movie in an old fashioned style, similar to producer Steven Spielberg’s 70s blockbusters like E.T. All I’ll say is that with a largely no-name cast and plenty of good characterization, people should make more movies like this. 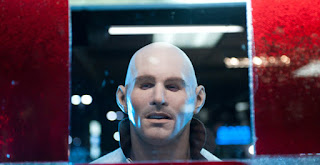 DRIVE
Haunting, dark, beautiful, violent and very, very cool. I literally haven’t stopped thinking about this movie since I watched it, and am looking forward to seeing it again. Life changing (for me, anyway.)
Posted by Unknown at 05:04

Email ThisBlogThis!Share to TwitterShare to FacebookShare to Pinterest
Labels: Best Of