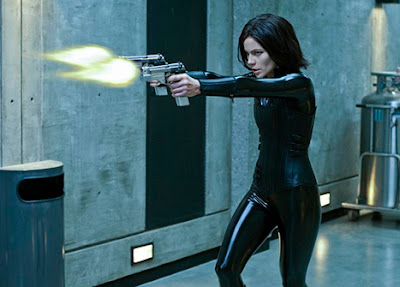 Wow. I’d just finished having various conversations with various friends and I was reminded of early 00s cinema. I talked about Red Planet (2000) and Mission to Mars (Also 2000…), about Torque (2004) and Biker Boyz (2003), and I’d just reacquainted myself with The Time Machine (2002). The night before I’d caught glimpse of what is widely considered the worst film ever made: Ballistic: Ecks vs. Sever (2002). As so much Resident Evil material is out there, one can’t forget the very first film in 2002. And now I just watched 3D Underworld Awakening, and was reminded of how hollow and shallow a lot of those movies are.
I’ll get the movie out of the way first. I’ve found that in order to sit through films like this its always better to leave reality at the door. I survived 3D Resident Evil Afterlife (2010) by accepting that nothing I saw on screen was real in any way, shape or form. I ended up having a good time. But this film, unlike the others in the series, has moved on from a gothic, medieval fantasy brought to life with machineguns, and instead has chosen to couch this film in boring old science-based reality. This can be a problem, when one can compare reality to what’s happening on screen it’s harder to immerse oneself in the ludicrousness of it all. But the story, structured very much like a video game, is about how the humans have (righteously) destroyed all the vampires and werewolves in a purge. Both beasts are now literally 'underground' and 12 years later Selene breaks out of a high tech lab and goes on a rampage.
It’s very difficult to say anything intelligent or meaningful about a movie that lacks such life. The older films I enjoyed: Underworld (2003) was surprisingly complex, and Underworld Evolution (2006) was big and dumb and violent and looked great, which is what you want from a popcorn movie. This film, however, wasn’t as enjoyable. I’m going to try and figure out why.
It might be that Len Wiseman, the writer/director whose vision it was made the first three films come to life, wasn’t around for this one. His wife Kate Beckinsale makes an appearance; Scott Speedman as Michael does not, which is an impediment seeing as he’s such an important character. The CGI his face on a stunt man for one shot, and I think they re-use footage from Evolution in another. For the rest of the film they use a wax head for all the other scenes he’s asleep or knocked out. It’s not the best way to do things.
I don’t think that the two directors Mårlind & Stein managed to get it. Very rarely do two directors work out well like the Coen Brothers or even Neveldine and Taylor. Most times it works out like the Brothers Strauss. Nor is it a good sign that the film had four writers. Perhaps the sudden drop in 'quality' (a contentious word to use, I know) is a result of the original movies being more a family affair; Wiseman made the first film with long time friends, he married the star, her ex-husband Michael Sheen did two of the films with him (he’s still friends with everyone) and her daughter played a younger version of her in a flashback sequence. For someone who’s familiar with the films, there is no charm or love in this film, nor any kind of innovation. Add to that the unique look and feel that the original films had, gothic Europe, which is replaced with Vancouver Canada. Much of the style is lacking, and the film is very much just going through the motions. 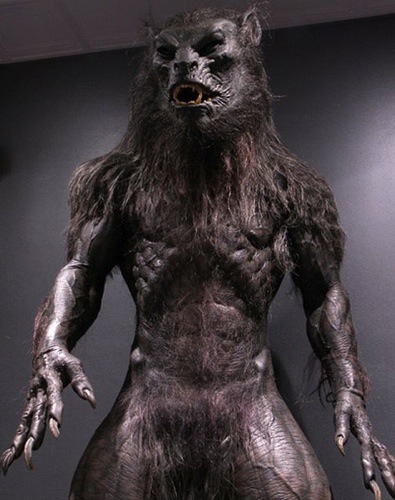 Beckinsale’s Selene was always a bit dull in the films, as we don’t really care about her all that much. She’s power and speed and sexuality, and not much else, and her falling in love is something that is difficult to accept from someone so cold. It is simply told, and we are to believe, with little evidence to back it up. But that’s a criticism for the other films; here she is as uninspired and as lifeless as ever before.
The rest of the cast fares no better. There is the Chloe Moretz-esque teen (India Eisley, who’s actually older than she looks), the male model vampire (Theo James) and Chris Martin from Coldplay as a werewolf (Kris Holden-Reid). There is the typical white man bureaucrat scientist who offers little as the main villain (Stephen Rea) and the ‘believing cop’ (Michael Ealy) that most ‘fugitive’ stories have though Selena isn’t really a fugitive. None of them add much, other than Charles Dance, who offers the gravitas that all Underworld films maintain (with Bill Nighy in no.1 and Derek Jacobi in no.2). The music is droll and very much a product of an older movie – I  had no idea Evanescence still made music let alone movie soundtracks outside of Daredevil (2003).
But that really just brings me back to the point I was trying to raise in the first paragraph; this movie belongs ten years ago. I’ve often thought about how people will view our cinema ten or twenty years from now. Will they be as defined as cinema from the 70s or 80s? The early 2000s certainly will.
I’d like to call it the Post-Matrix era. It was a time that stretched from The Matrix (99) ten years till Avatar (09). To me Avatar was the representation of an era, beautiful digital effects, bogged down with a lousy, predictable and unoriginal script with awful dialogue.  The movies of the era had style and visual flair but no soul, no characters worth a damn, no stories that sparked the imagination.  As much as I enjoyed them, the Underworld movies fell into this category, and this film is the unsatisfying apex. It’s a beast of a different era, much like the Resident Evil films of which I saw a trailer for prior to the screening. The difference between this and RE is that Milla Jovovich can hypnotize an audience (or me, at least) without doing much; she has the charm and the character-flexibility to keep me interested. 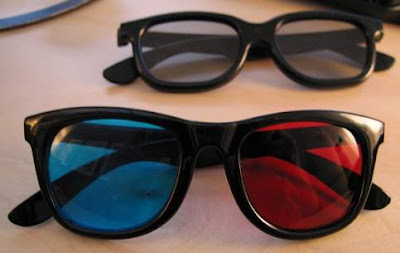 I must ask: This is 2012, can our sci-fi action movies move on please? Can we get something new? Can we learn anything from Attack the Block, where the story may be predictable though original and the characters are fun and worth your time? Can we make popcorn movies genuinely fun again?
And for fuck’s sake, no more 3D. This movie is not worth $20. Nor will it ever be. For this you lose an extra star.
*stars
Posted by Unknown at 16:54

Email ThisBlogThis!Share to TwitterShare to FacebookShare to Pinterest
Labels: garbage, In Cinemas