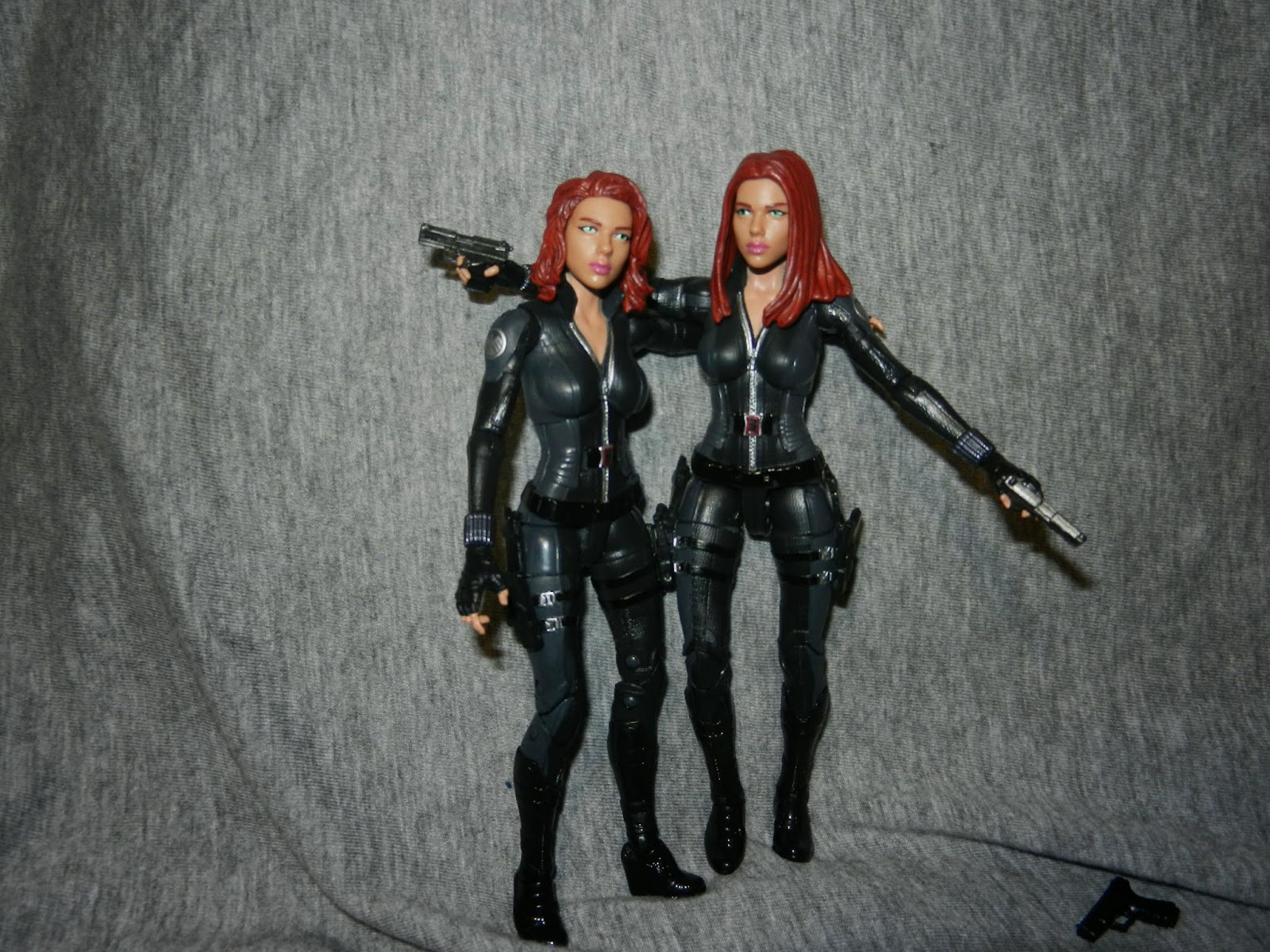 Scarlett Johansson was an interesting choice for Natasha Romanov, one I hadn’t expected. She is, after all, a fetching young lass, and it suits that an unbelievably attractive woman be played by an unbelievably attractive woman. I remember waiting in anticipation for her Russian accent only to be disappointed when Scarlett Johansson sounded like Scarlett Johansson. In retrospect it makes sense: it would be too confusing to have a Russian spy working for homeland intelligence, so I guess that makes sense. Joss Whedon eventually corrected this with The Avengers, where her Russian background was referenced and her role and character bulked up significantly. I was one of the people who wasn’t all that keen on having her in the Avengers, she was always second tier and would have preferred someone like Scarlet Witch or Wasp, but she was played well enough that it didn’t bother me all that much. 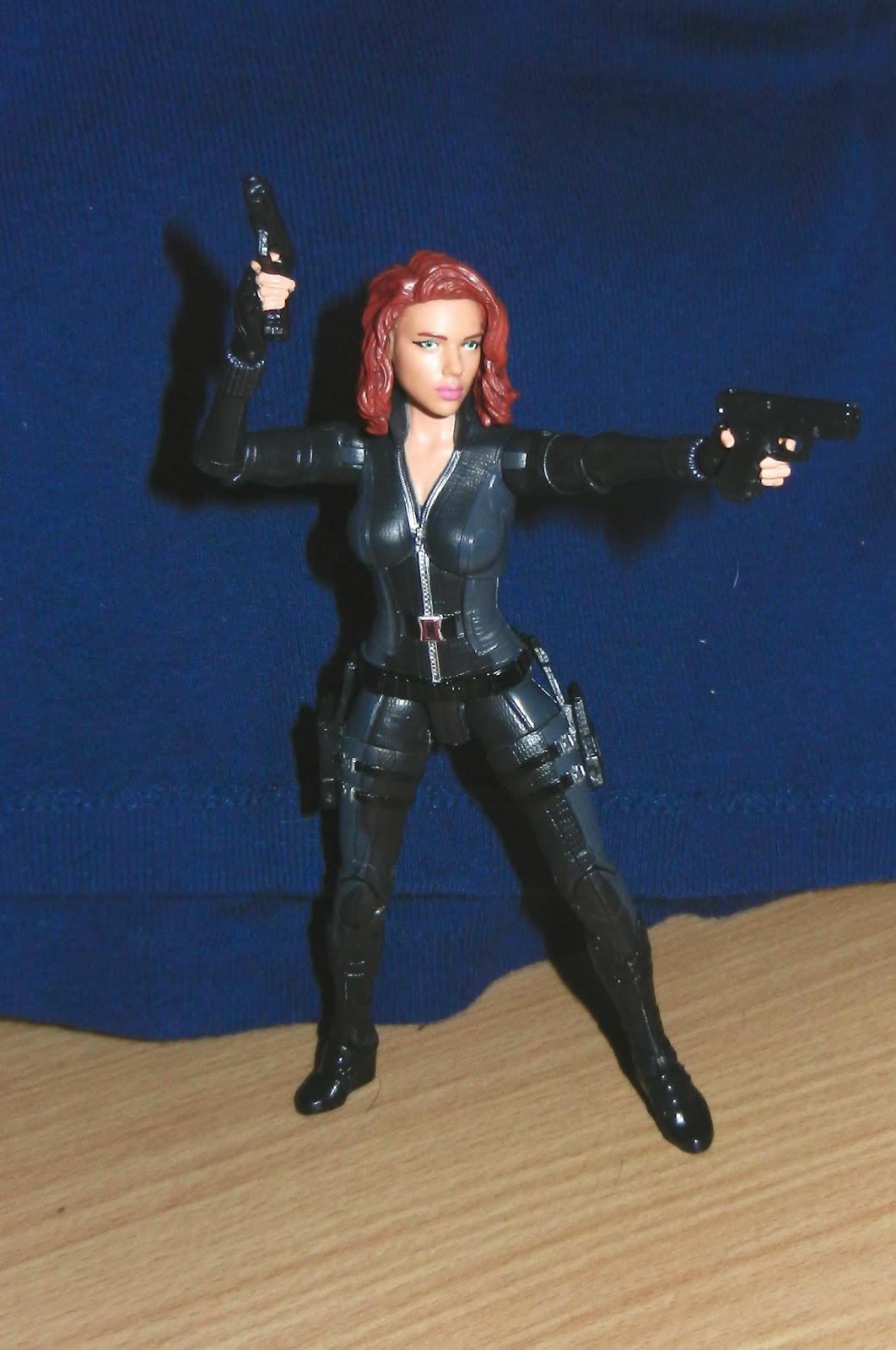 On my favourite Facebook group Action Figure Addicts, it wasn’t all that uncommon for people to have whole collections of the Walmart Avengers wave, with one exception (well, two, counting Iron Man mk 7), so I was happy that they got around to finally bringing her out and those collections can be complete.

So this action figure aims to close that gap by providing the new Captain America: The Winter Soldier head and an extra Avengers head. Though there are some differences in the costume, as the WS version has some grey elements to add interest to the flat black of the original, it’s the thought that counts here.

Of the two heads I prefer the Avengers one, I think the short hair looks better on her. The long and straight hair of Winter Soldier isn’t as flattering on Johansson and it kind of just hangs straight, kind of like how Jessica Alba’s hair looked in Fantastic Four 2: Rise of the Silver Surfer. Despite the fact that it impedes head articulation completely (and my head has a bit of a red scuff on the forehead), hair this long on the world’s best spy is impractical. There’s a reason all the bad-guy soldiers in the Paul WS Anderson movie Soldier (1998) are bald: in CQC (Close Quarters Combat) baldness makes it harder for the enemy to grab your hair and, therefore, your head. Seeing as Black Widow grapples with guys a lot, shorter hair can allow her to go undercover and also be effective in combat. 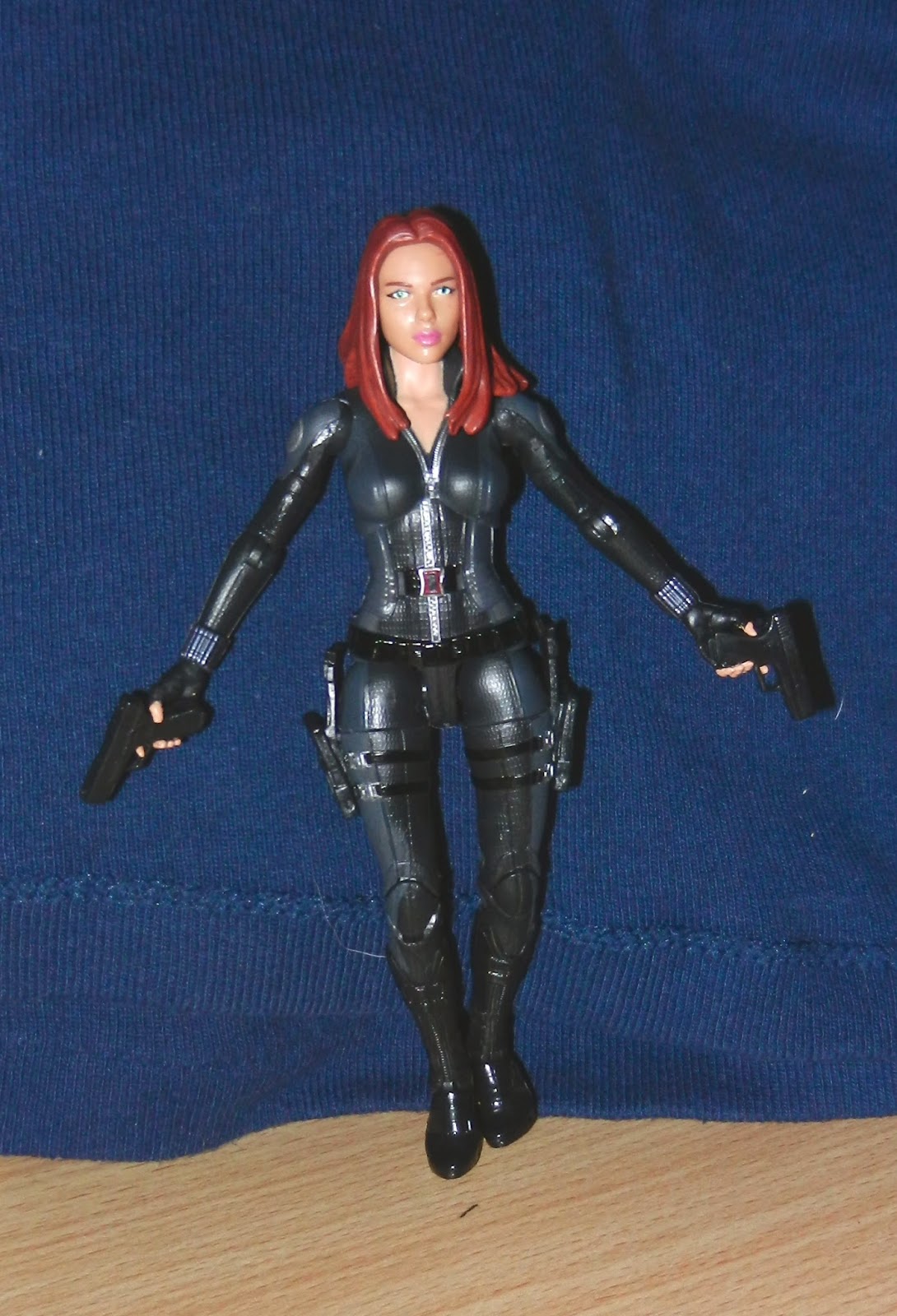 If Avengers proves anything for Black Widow is that a pair of Glock 26s are far more effective than a pair of stingers. I remember seeing that her wrist weapons act more as non-lethal wrist guns, not that dissimilar to something Deadshot uses, like grapnel lines and tear gas as well as electrified darts. But in both Avengers and what we’ve seen of Winter Soldier thus far they’re skin-contact CQC Taser weapons of some kind. Unfortunately, the stingers are the only accessories she’s getting; she doesn’t get any guns. They could have simply re-used the guns that were given to Hit Monkey as I have done, but the whole figure forces you to feel grateful that you have it so I suppose you’ll have to like it or lump it and make do with the alternate open/gun holding hands she comes with. 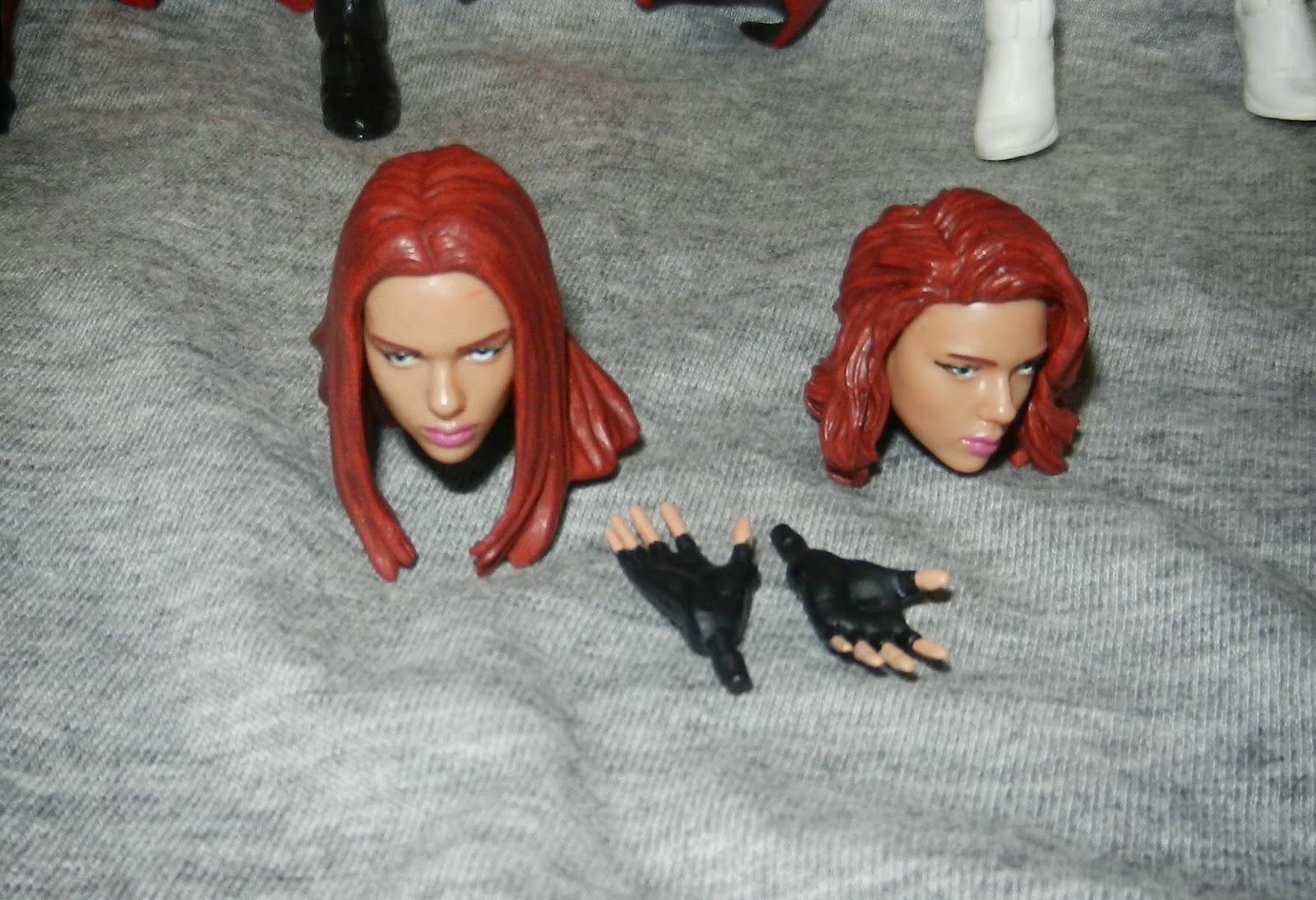 She does have some decent articulation. The longhaired version interferes with the ball-jointed head, the curly hair allows for more movement but the joint only amounts to a swivel. She has ball-jointed shoulders, ball-jointed elbows, one of those ball-jointed torsos which amount to only a swivel, thigh swivel, double jointed knees and ball-jointed ankles with
ankle rockers. The hands she comes with have no articulation.

So a great figure overall, worth having. The problem I have is with this attitude that’s implied on Hasbro’s end regarding her existence. In many ways she ticks a lot of boxes, in other ways it seems like we have to be grateful for what we get. She’s a female figure, which always makes for a strong seller, and of course for that reason she’s one per pack and everyone’s hankering for her. I collected her because hey, she’s Scarlett Johansson, but all those ML movie Avenger fans out there have to scrimp and save to pick her up. So she looks great and she’s worth it, its just a shame she costs so much. 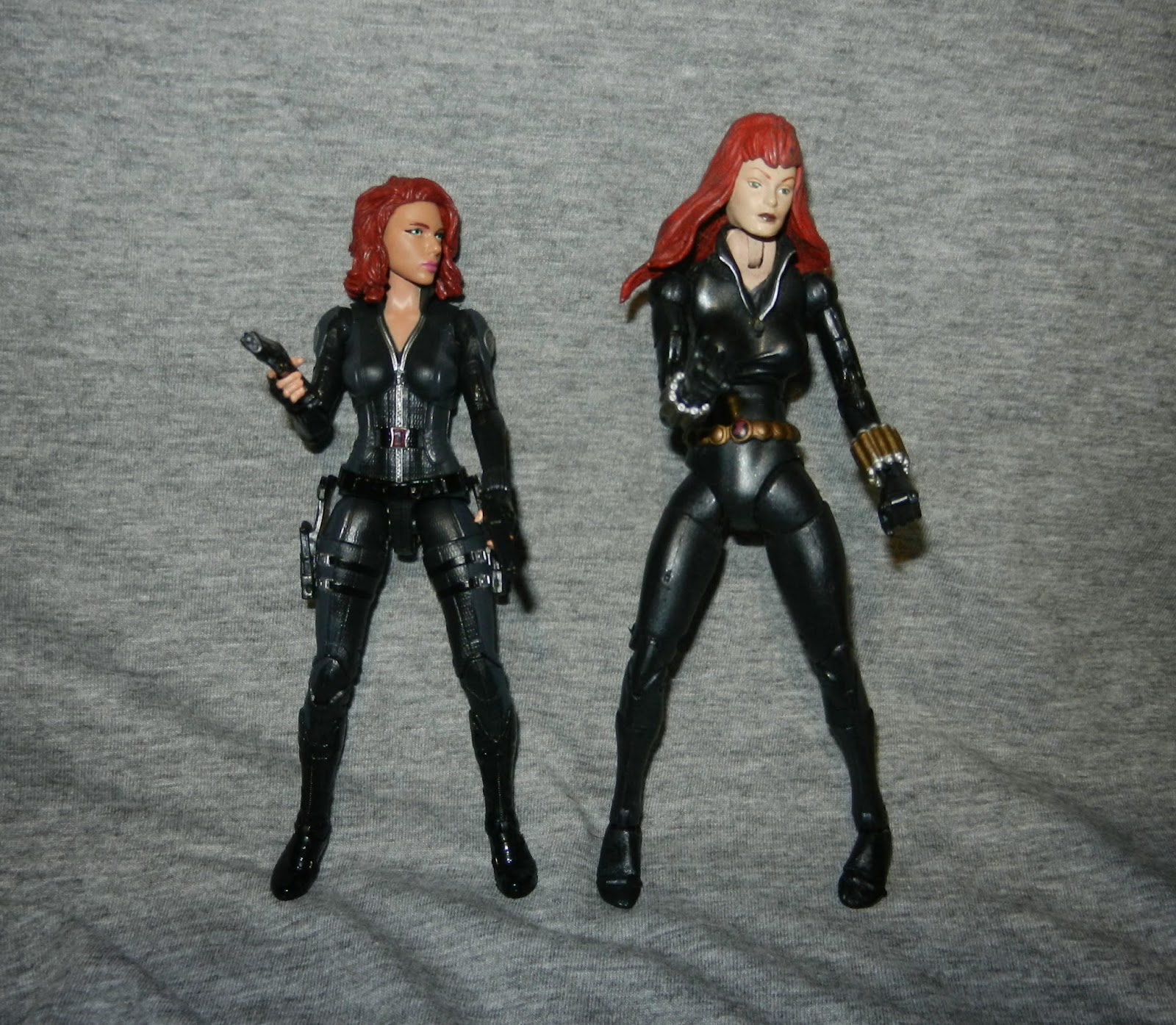 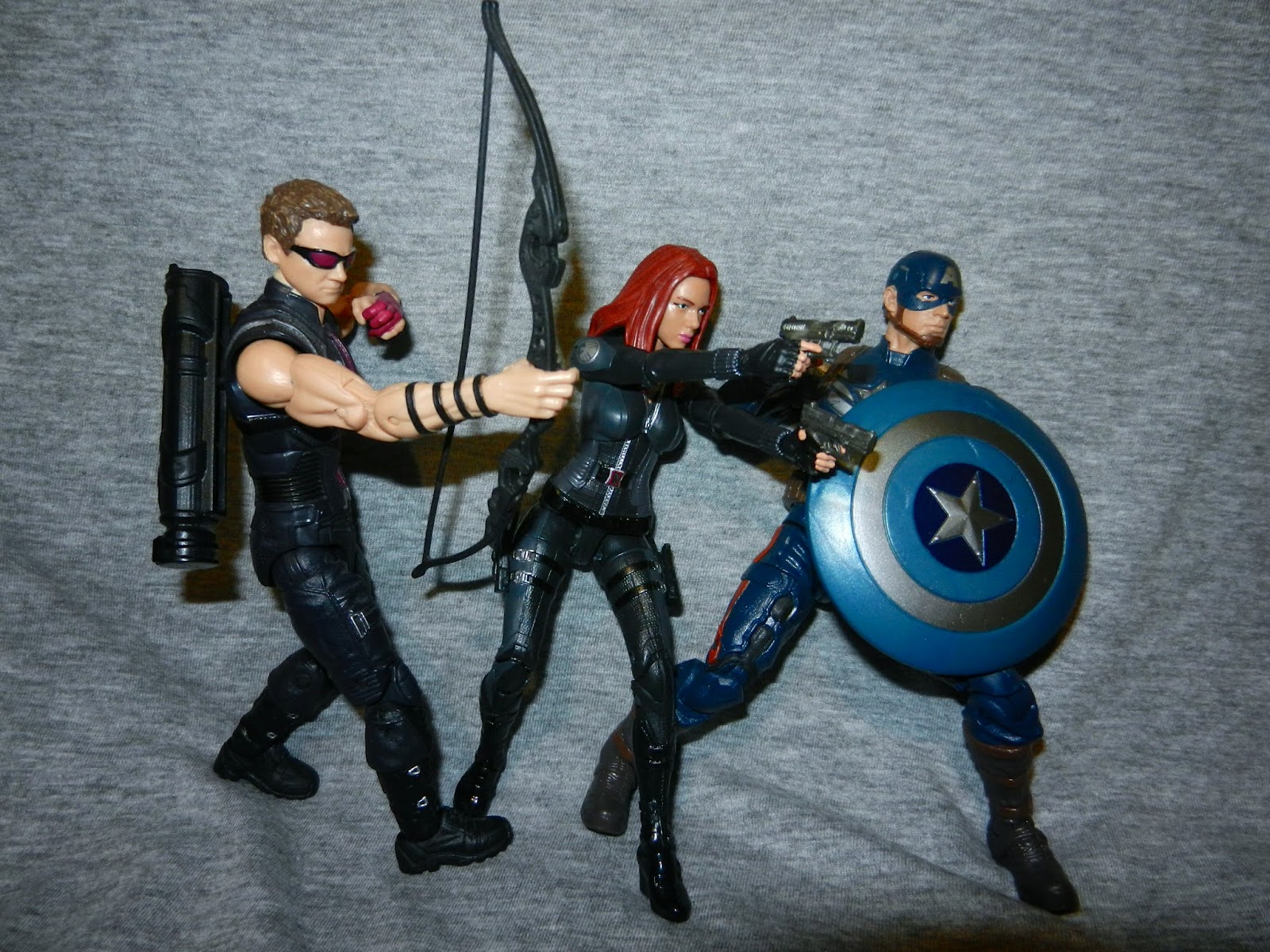