Ant Reviews Doctor Who - The Other Doctor 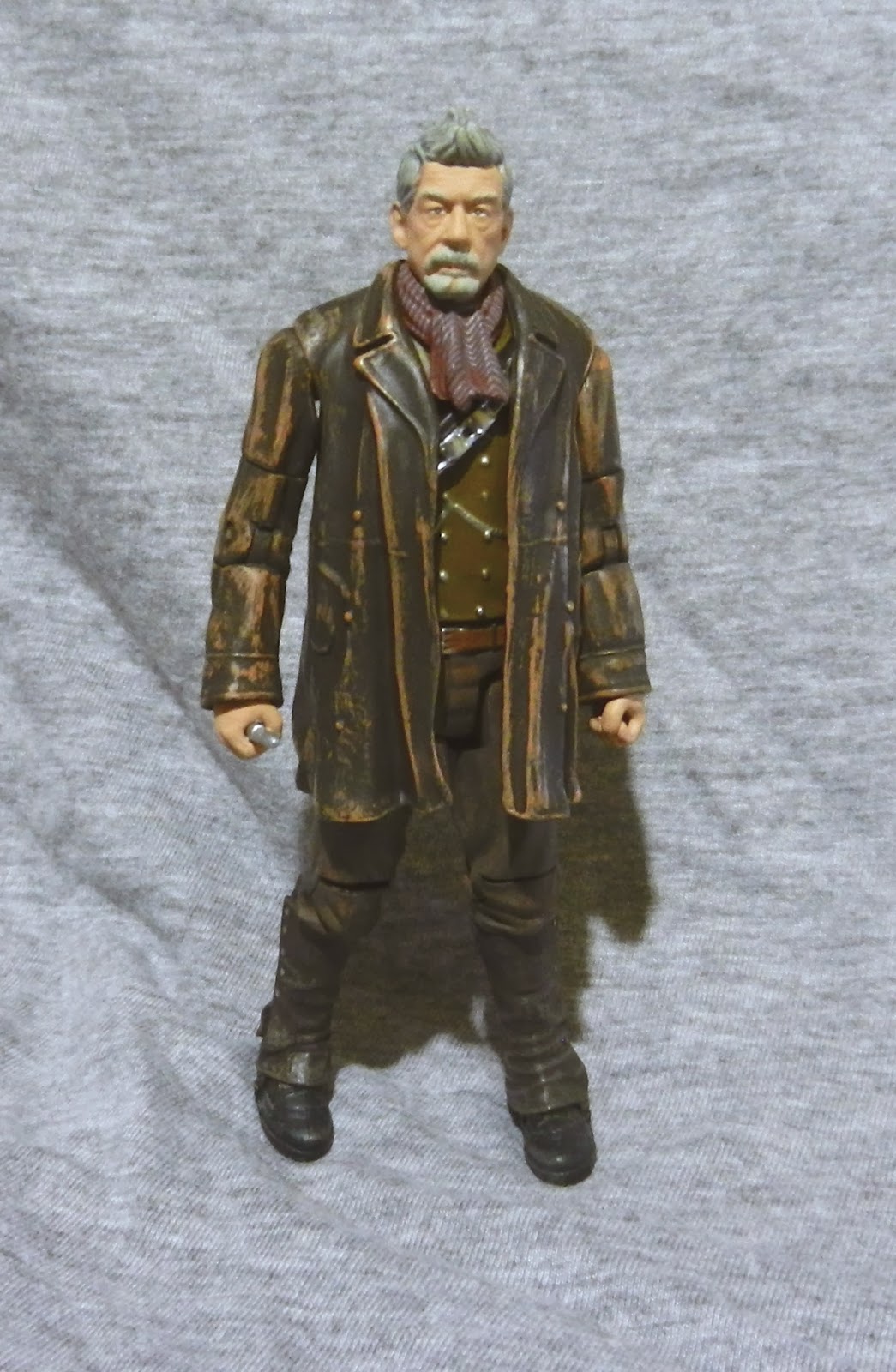 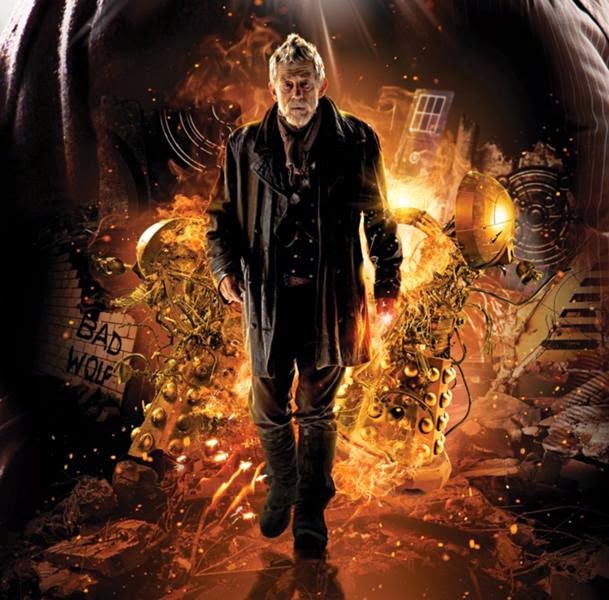 From what can be ascertained via the internet, for all intents and purposes the 50th anniversary special was to feature all Nu Who Doctors on one giant adventure, but Christopher Eccleston was unwilling to participate due to differences with BBC brass. So they crafted a new Doctor, one who stood apart from the main 12 that we've seen thus far, and who remained a mystery out of shame and because he no longer considered himself a 'doctor'. Debuting in The Name of the Doctor, the War Doctor or (The Other Doctor as this set calls him) fought during the Time War and was the Doctor that experienced many of the Time War incidents that was referenced through Russell T. Davies' run as DW show-runner.


This action figure incorporates elements from both Night of the Doctor and Day of the Doctor, portraying one well while the other quite poorly. The set features an incredible John Hurt likeness, in body and in face, and the accessory of The Moment is exquisite. The addition of the 8th Doctor head seems to be an afterthought. So, while this is the perfect War Doctor, portraying John Hurt in the best possible way, this set in no way represents either the Night of the Doctor 8th Doctor, the 8th Doctor regeneration scene, or how the War Doctor looked when he regenerated. 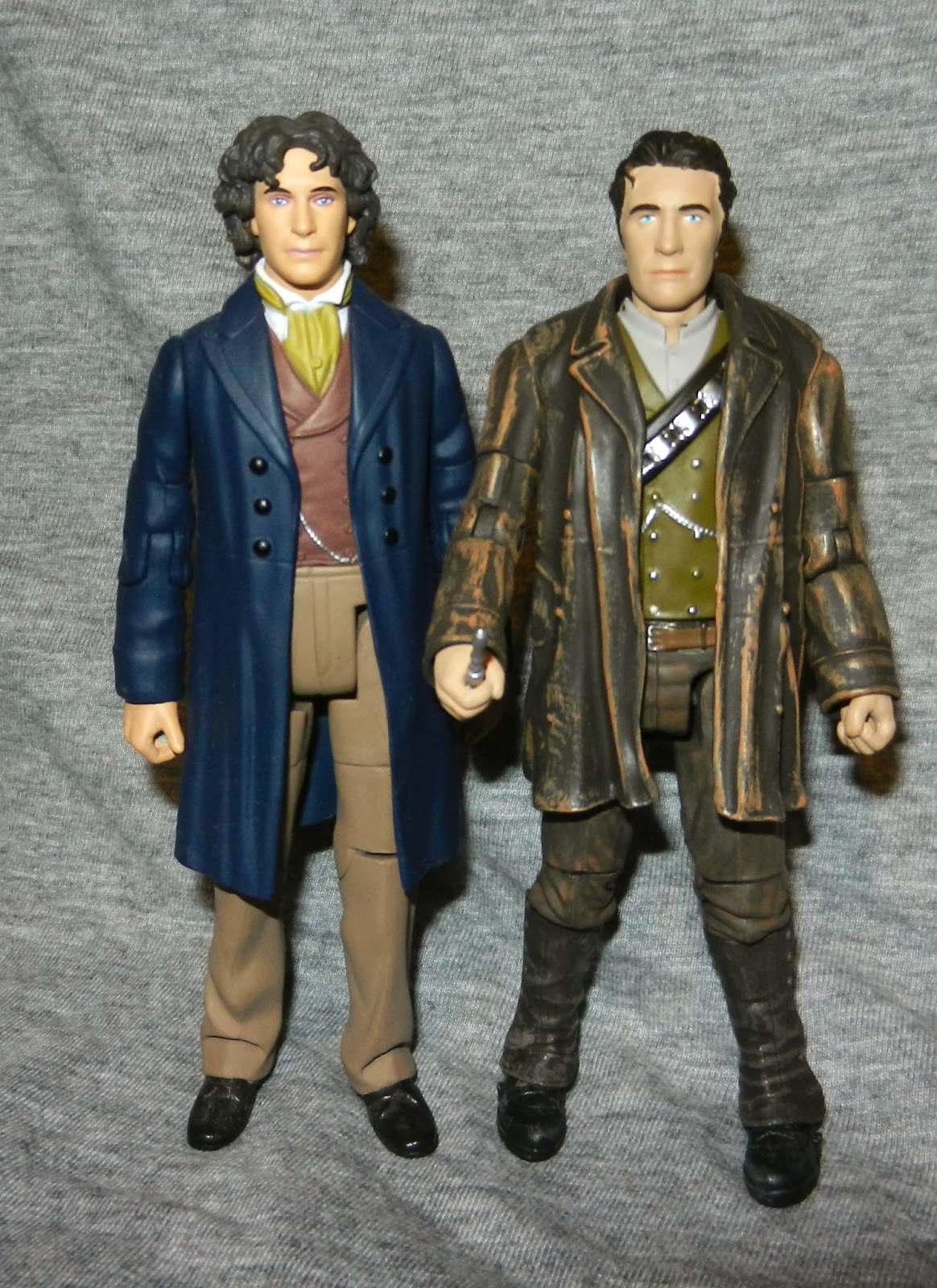 If you watch the amazing Night of the Doctor, you'll see that the 8th Doctor has a really cool new outfit. The thing that I love about the outfit is that its a distressed new version of his TV movie outfit, and that he had a shorter version of his old haircut. By switching the head on the figure you'll find that it's too big for the body, as John Hurt is probably shorter than Paul McGann, so it looks out of place, but at least they got that kind of scale right. Even the haircut is different, and he looks more like just a Paul McGann head and not the 8th-Doctor-from-that-episode-head, which is fine if you can pull off something like this but they really shouldn't have bothered.

In Night of the Doctor we were treated to a shot of a young John Hurt with what looks to be old 8th Doctor's longer hair, so when he regenerated he wasn't an old man like this set suggests. In the ep he's also wearing the 8th Doctor's outfit, only with a belt around his midsection. I was hoping that the figure would have a removable scarf so that we can see that ascot/cravat underneath but no, it's neck-tie free. So let's just say it now: the second head is a bust, it makes no sense in the canon and doesn't reflect anything we've seen. 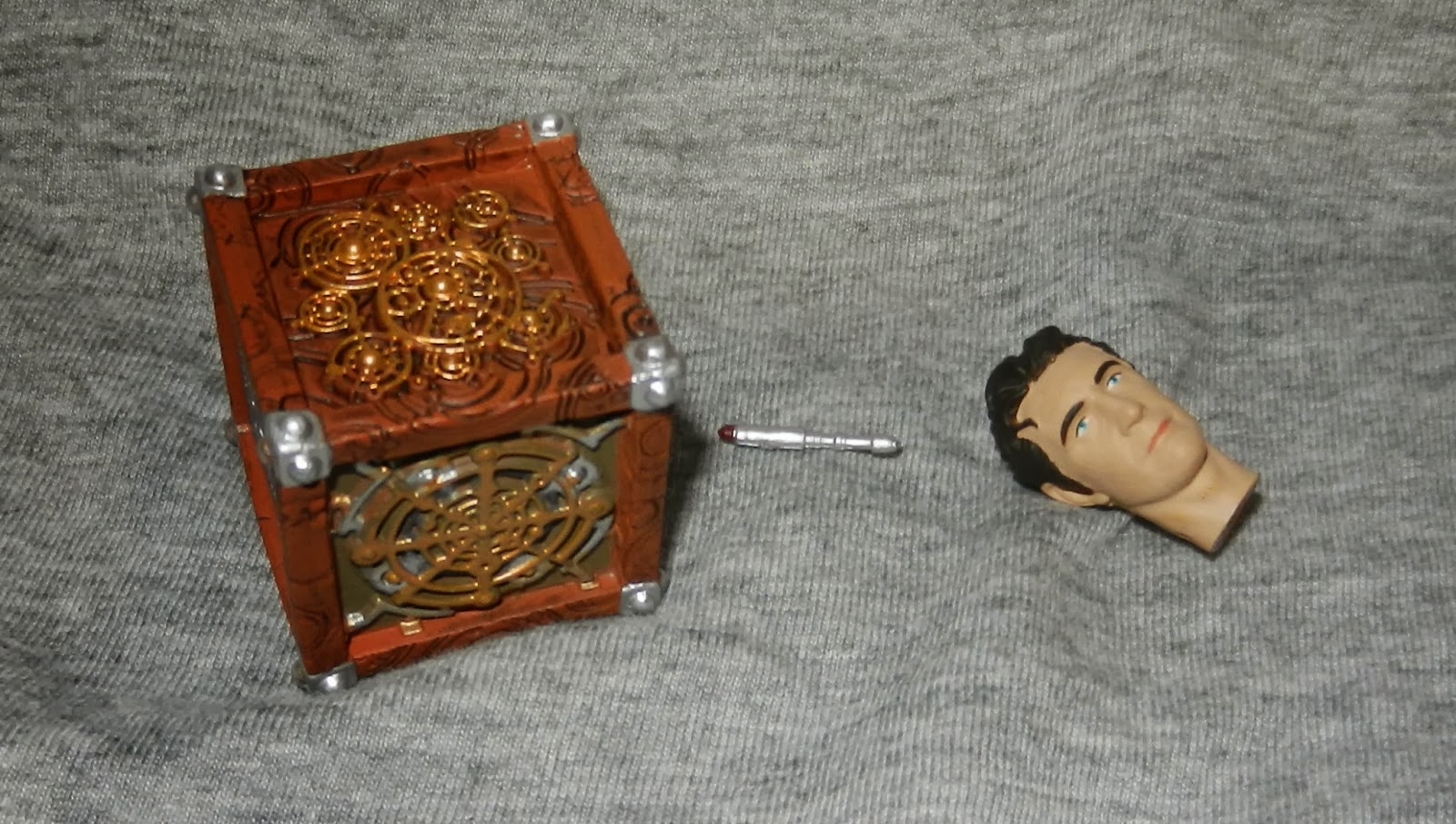 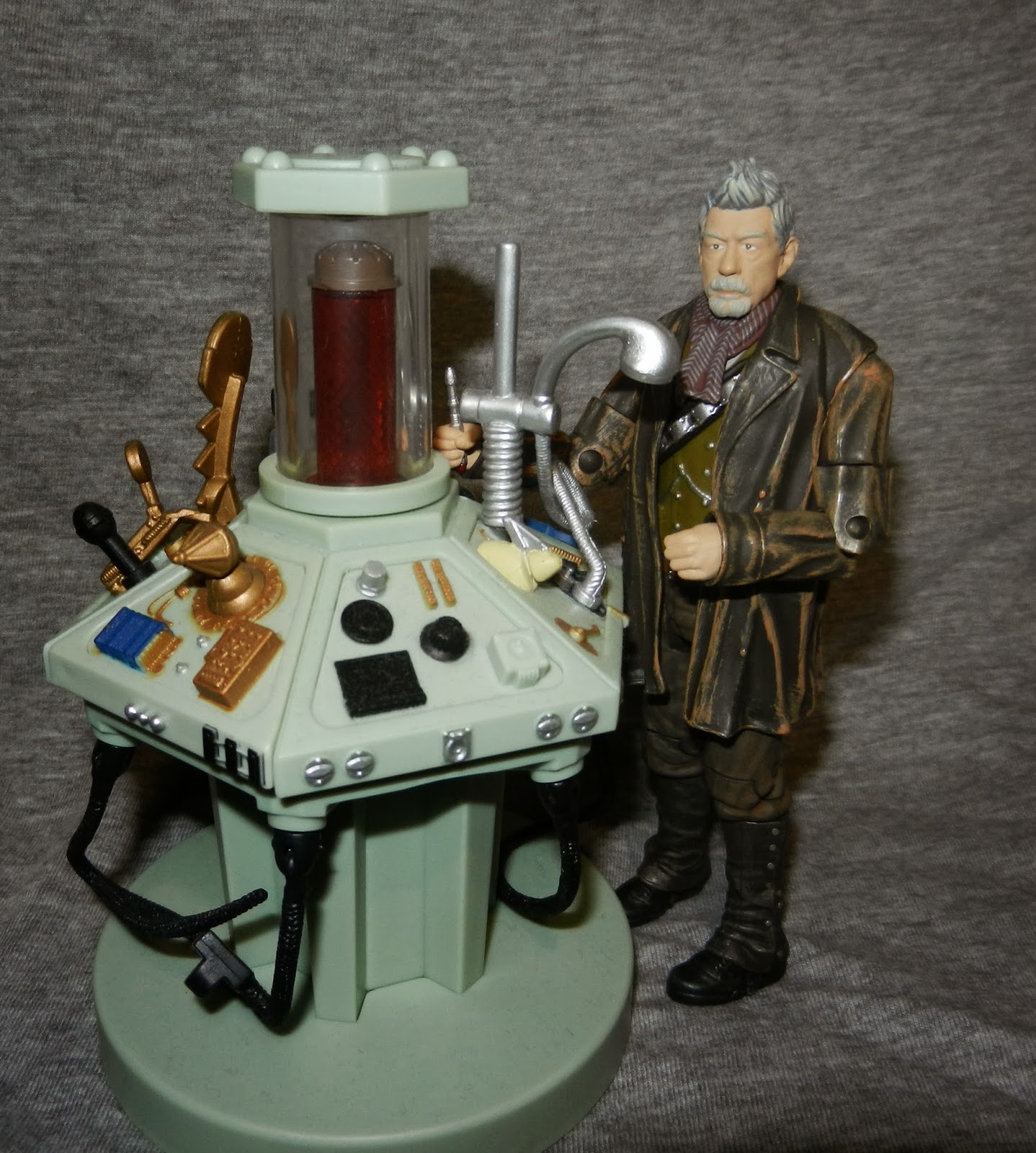 So onto the good stuff then. He's painted quite well. The face paint on both heads are clean and crisp, but be careful of the eyes. The coat is given a nice pseudo dry-brush and the scarf is given nice details.

With his sonic screwdriver they painted the wrong end, as the tiny tip should get the red paint app not the bulbous end. It's sculpted well enough, and portrays a very simple design, a great reflection of the old-fashioned and simple Doctor it services.

Ball-jointed shoulder, hinge elbows, swivel wrists, Swivel hinge thighs, swivel waist and single jointed knees. Not as good as some action figures but way better than most of my Doctor collection.

The last accessory, but certainly the most successful, is a sentient weapon known as The Moment. An ancient Time Lord weapon of terrible power, over time it developed consciousness and tried to dissuade the War Doctor from using it by personifying a London call girl who he'd meet when he was older. It's beautifully painted and sculpted, with so many lovely elements put together. Each component is painted individually with no slop, and for an accessory that's simply a box, its remarkably put together. 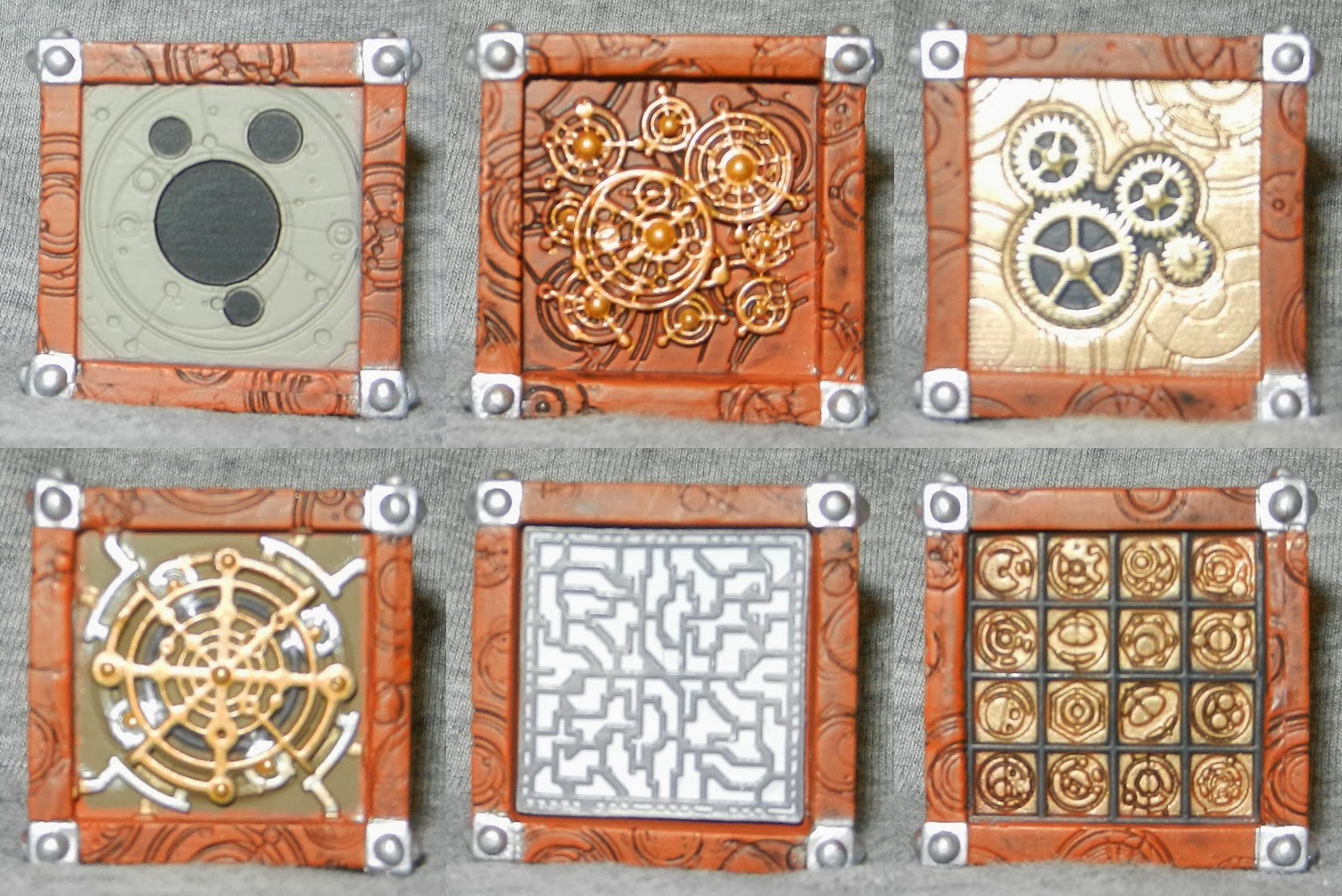 It's a perfect Other Doctor action figure, but a lame 8th Doctor figure. Night of the Doctor was, for me, the 8th Doctor's finest hour, reflective of his dark, prolific tenure as the Doctor. I CRAVE a proper Night of the Doctor action figure, and unfortunately it now seems unlikely we'll get him in the 5inch scale because this set might reflect their only attempt at that version. I was wanting to buy two but I won't now, the second head being an afterthought. The War Doctor figure is superb, so it's worth the purchase, and will fit perfectly with your 5inch Doctor collection. PS: I COULD get out all of my 11 other Doctors, but really can't be bothered 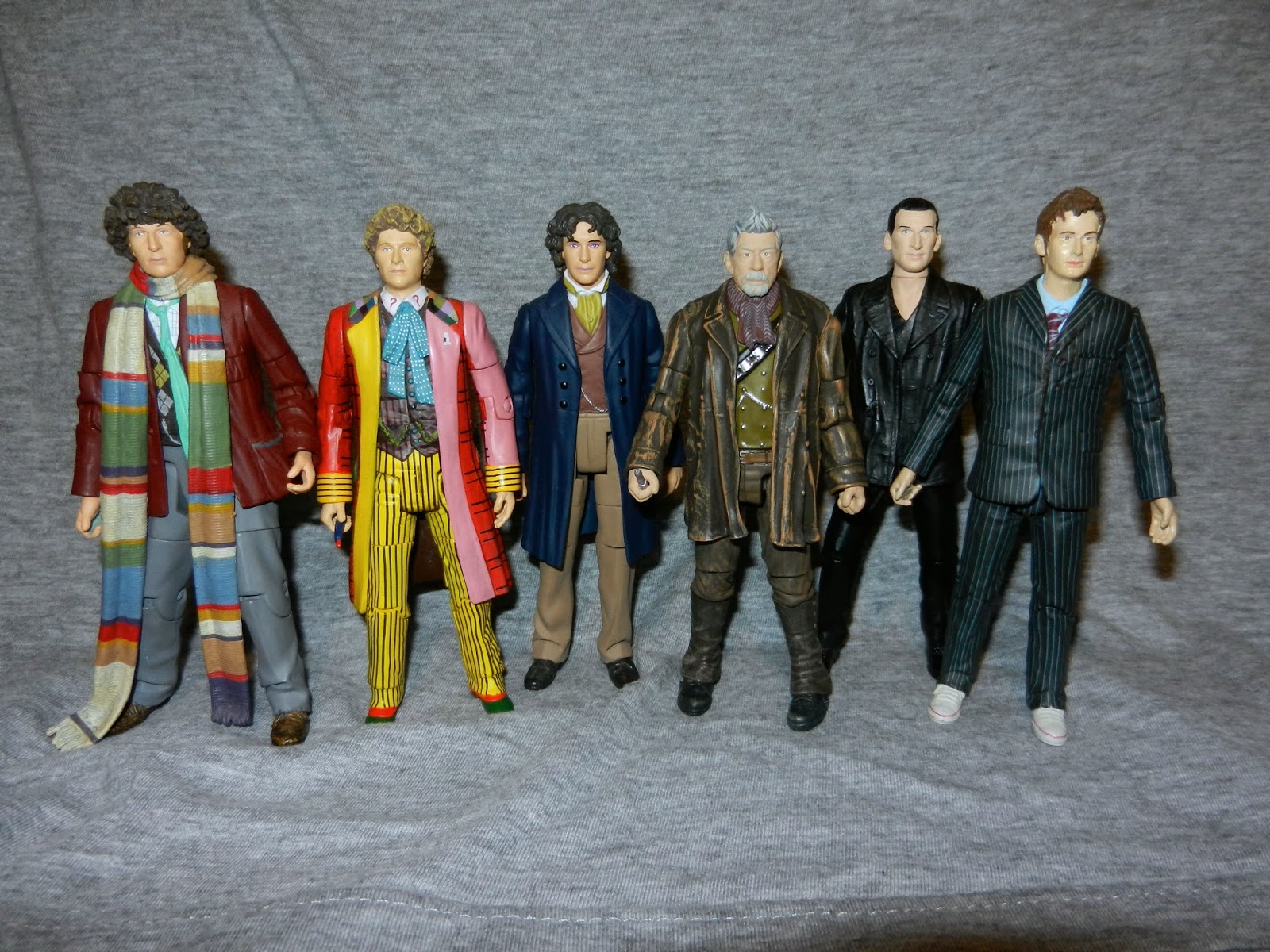 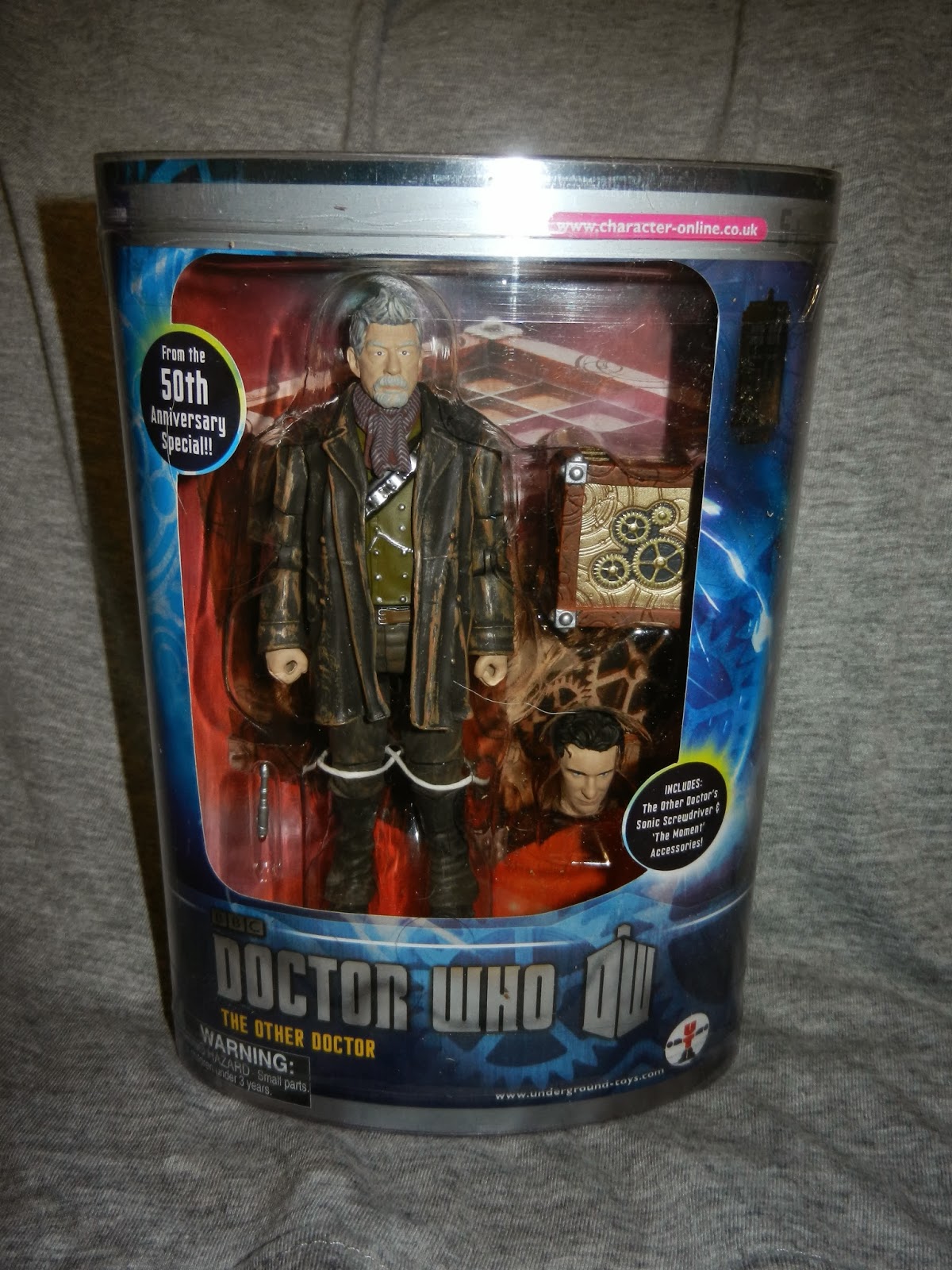 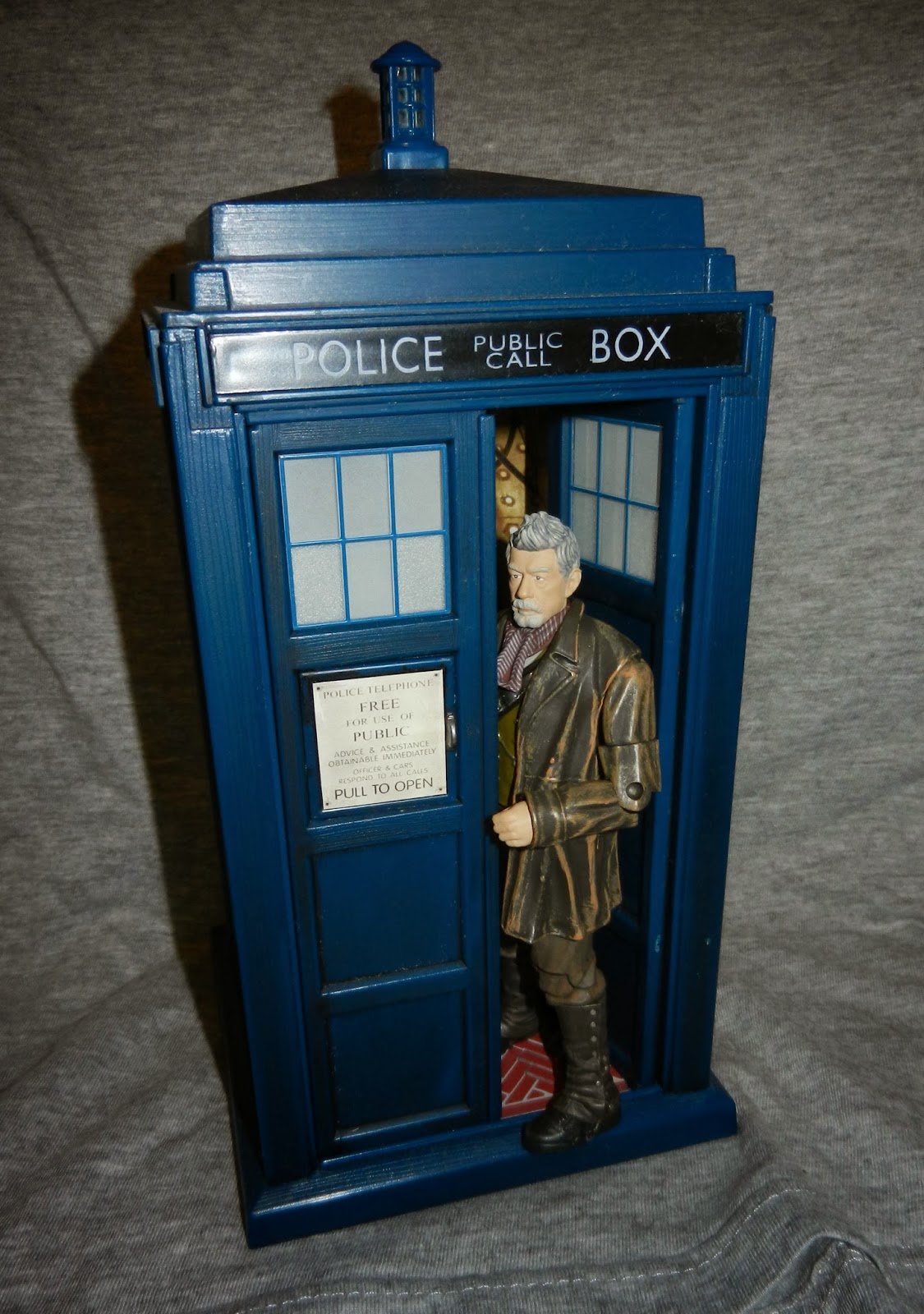