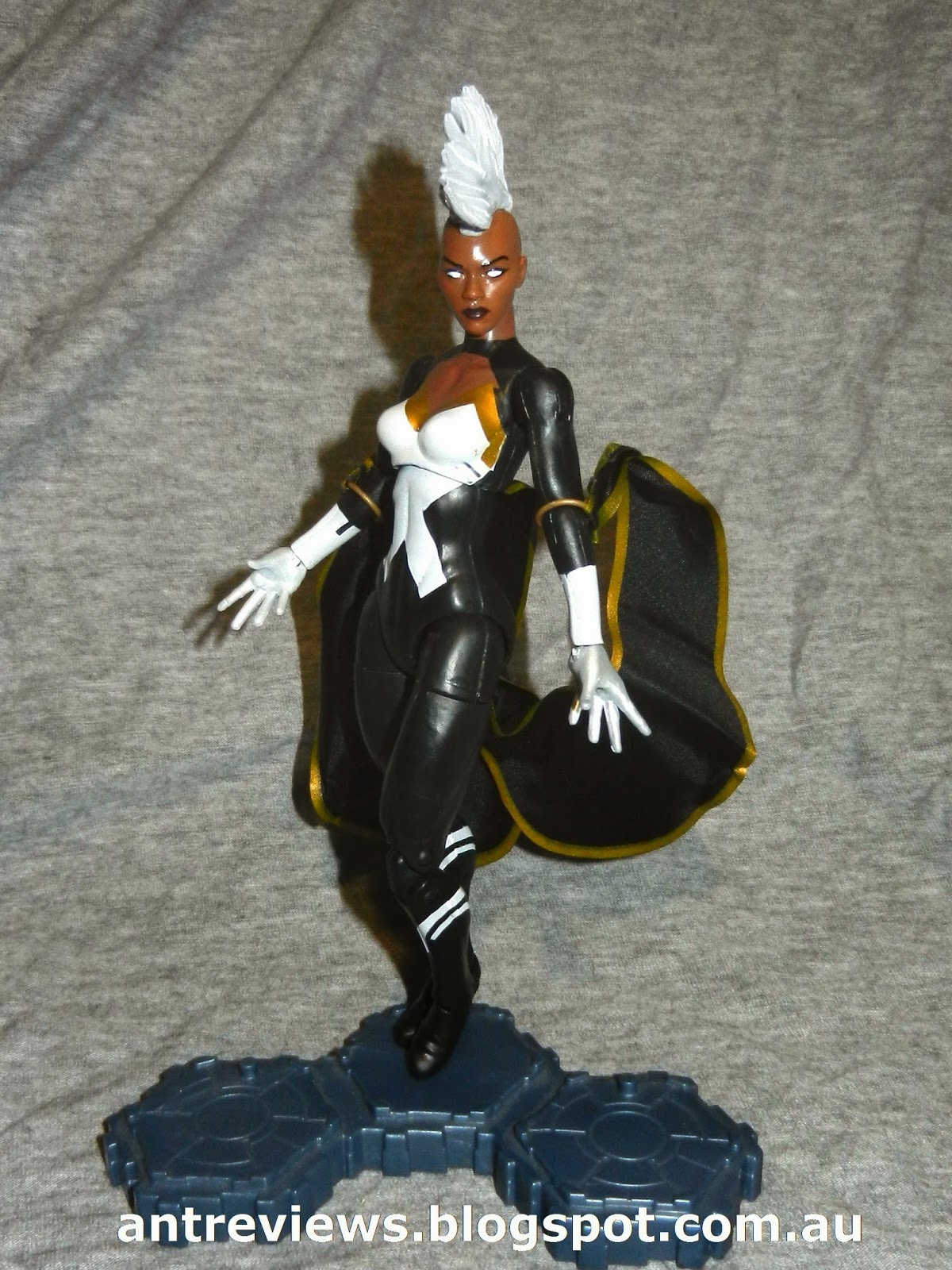 After the Phoenix Force took him over Namor laid waste to Wakanda, a disaster which the isolated African nation had never seen the likes of before. Because Namor was an X-man when it happened, the leader of Wakanda, T’Challa annulled his marriage to Ororo Munro, despite their feelings for each other, because his people couldn’t see him canoodling with someone who’s so publicly an X-man herself.

Out of anguish and rejection Storm had Wolverine cut her hair in the Mohawk she had in the 80s, and also pursued a casual rebound relationship with him. She also formed a new X-force alongside Puck, Psylocke and Spiral, and this is the outfit she currently wears.

The paint makes the outfit. The paint white is pearlescent white/metallic mix. It’s mostly cast in black, except for the hands and hair (white) and the chest and head (brown). The added paint makes up the lines of the outfit where there should be details. 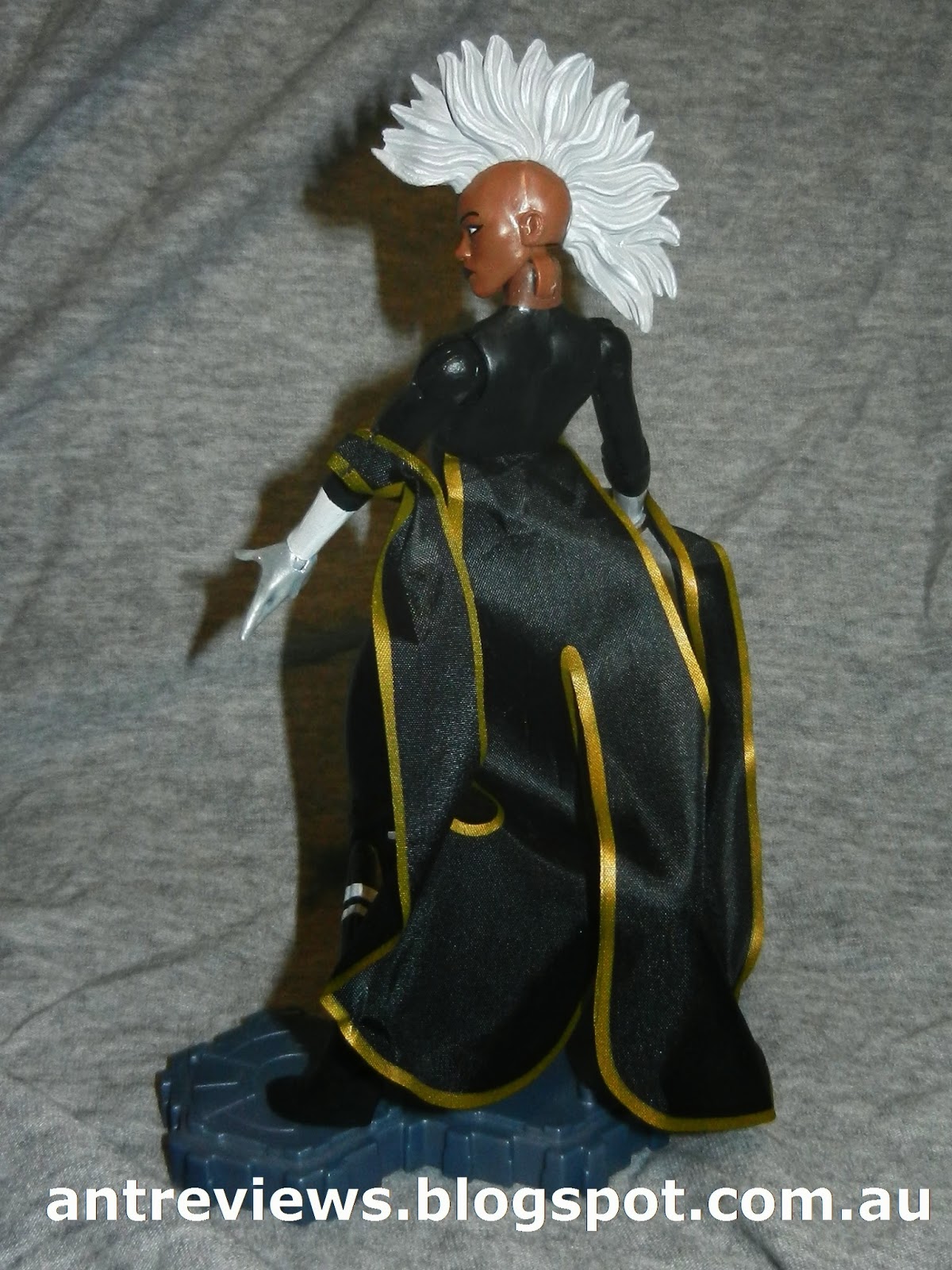 Storm has a great, solid sculpt, and the joints are tight. I don’t recognise the body though, she could be the Songbird buck from the Thunderbolts SDCC special, though the torso looks different. She certainly shares the conjuring hands of Satana, though. She’s got a swivel balljoint head, ball-jointed shoulders, elbows and wrists, ball-jointed torso, swivel hinge hips, double jointed knees and ball-jointed ankles with a bit of an ankle pivot. Her feet are tiny in high heels so she’s real hard to stand without a base.

The cape is cool but makes things feel a bit delicate though. It’s made of a fabric that’s crunchy, a little paper-like, kind of like a bigger, softer, flatter Lego cape. It’s fastened on with rubbery plastic rings and I fear I may snap them or tear the cape in a way I can’t fix. The cape has a painted gold edge and also attaches in the peg that joins the chest to the belly.

The head sculpt is the important bit, seeing as you have to get that face right as everything else is sculpted. Her face is beautiful, is painted crisply and her hair makes her super tall. The hair looks great. It restricts movement upwards, so flight positions are a bit limited. The hair and the head are in two parts, maybe for re-use purposes? Her 90s look of long flowing hair sometimes looked as if she had shaved sides, so who knows. Someone might even be able to make a Nebula custom out of it, maybe. I could see someone making an easy, great looking Shard, Bishop’s sister. 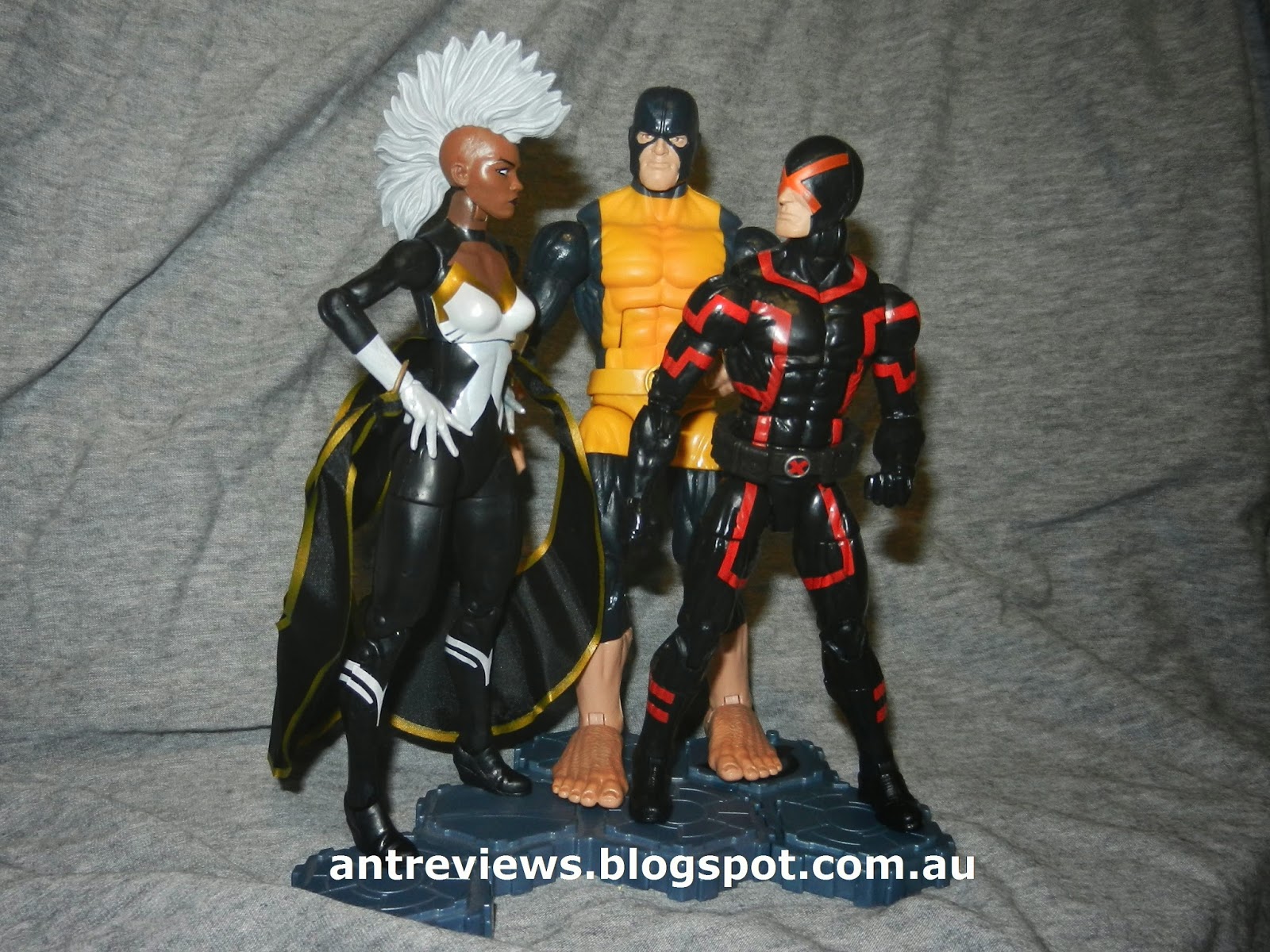 Its great that it’s the most recent costume, its what we want and its cool. Having proper sculpted elements on both her and Cyclops would have been fun but this will do in a pinch. 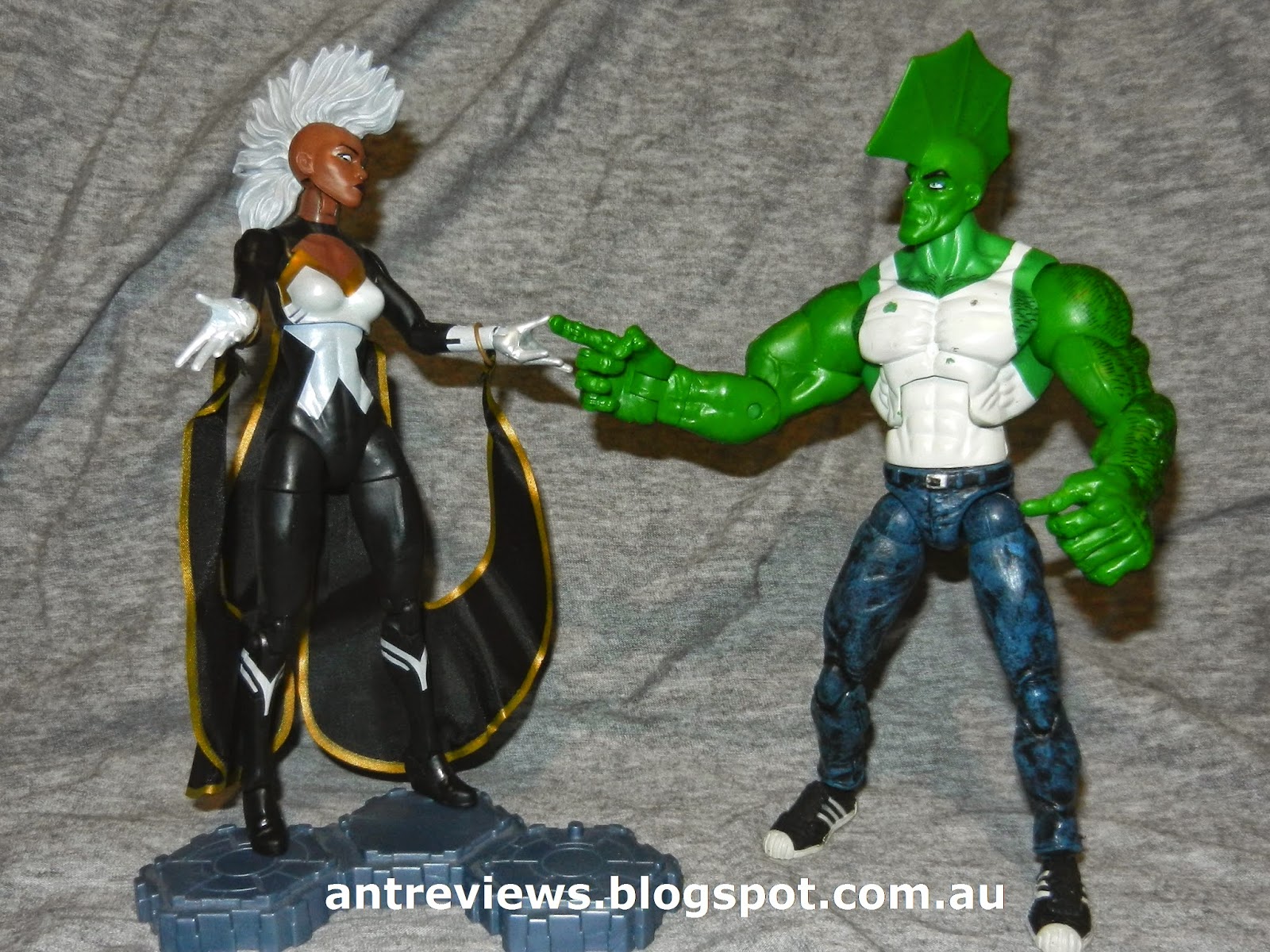 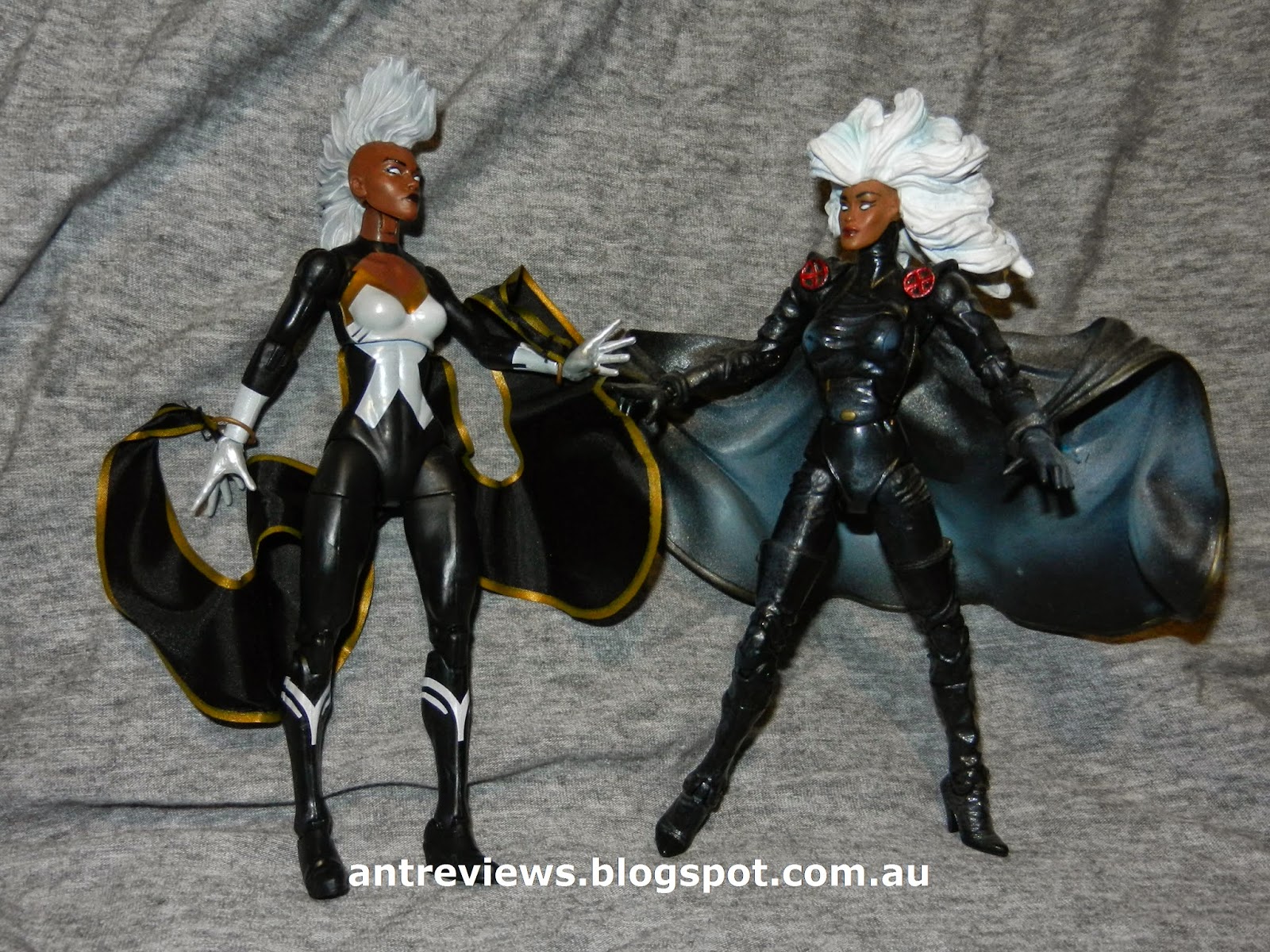 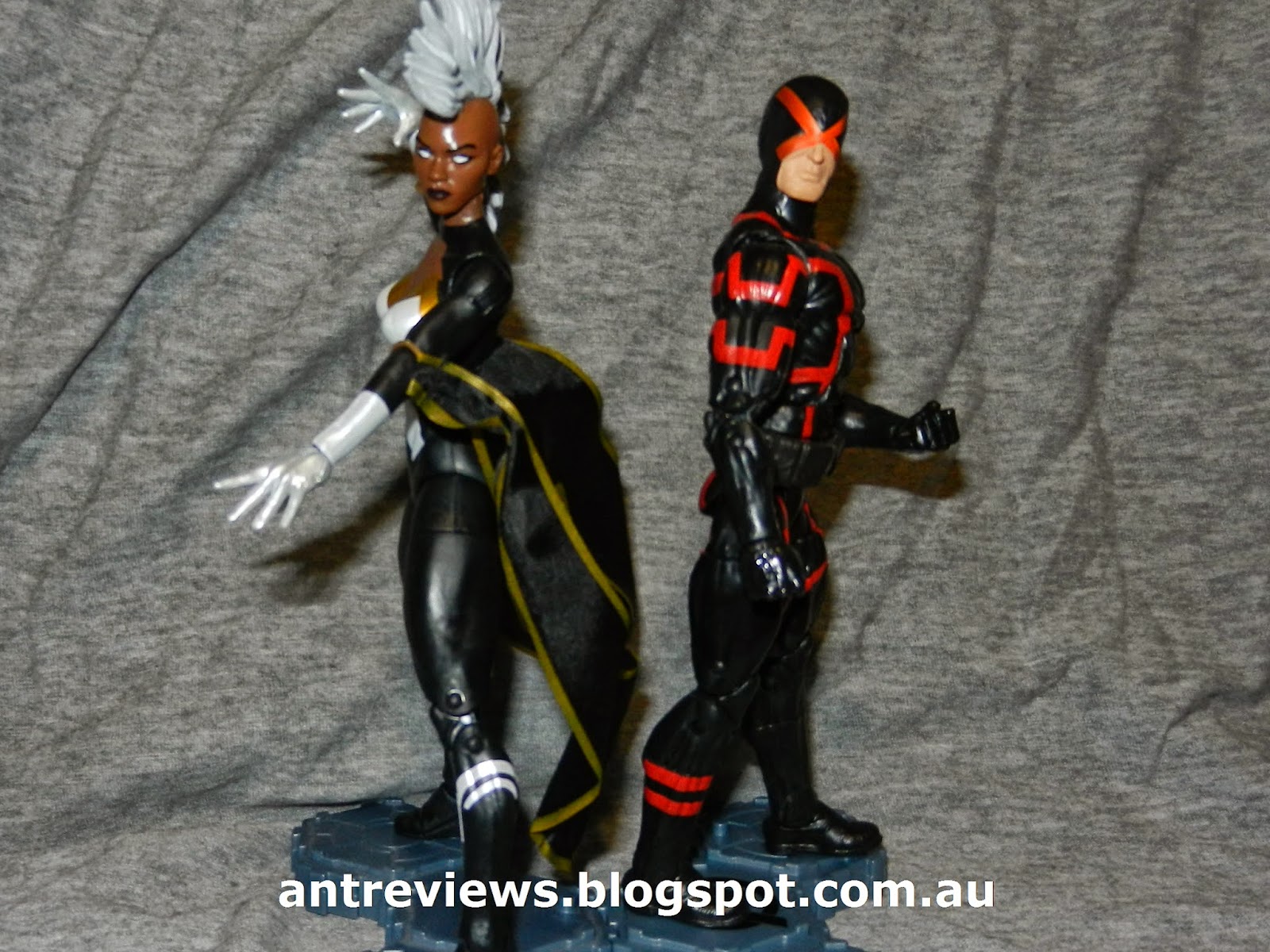 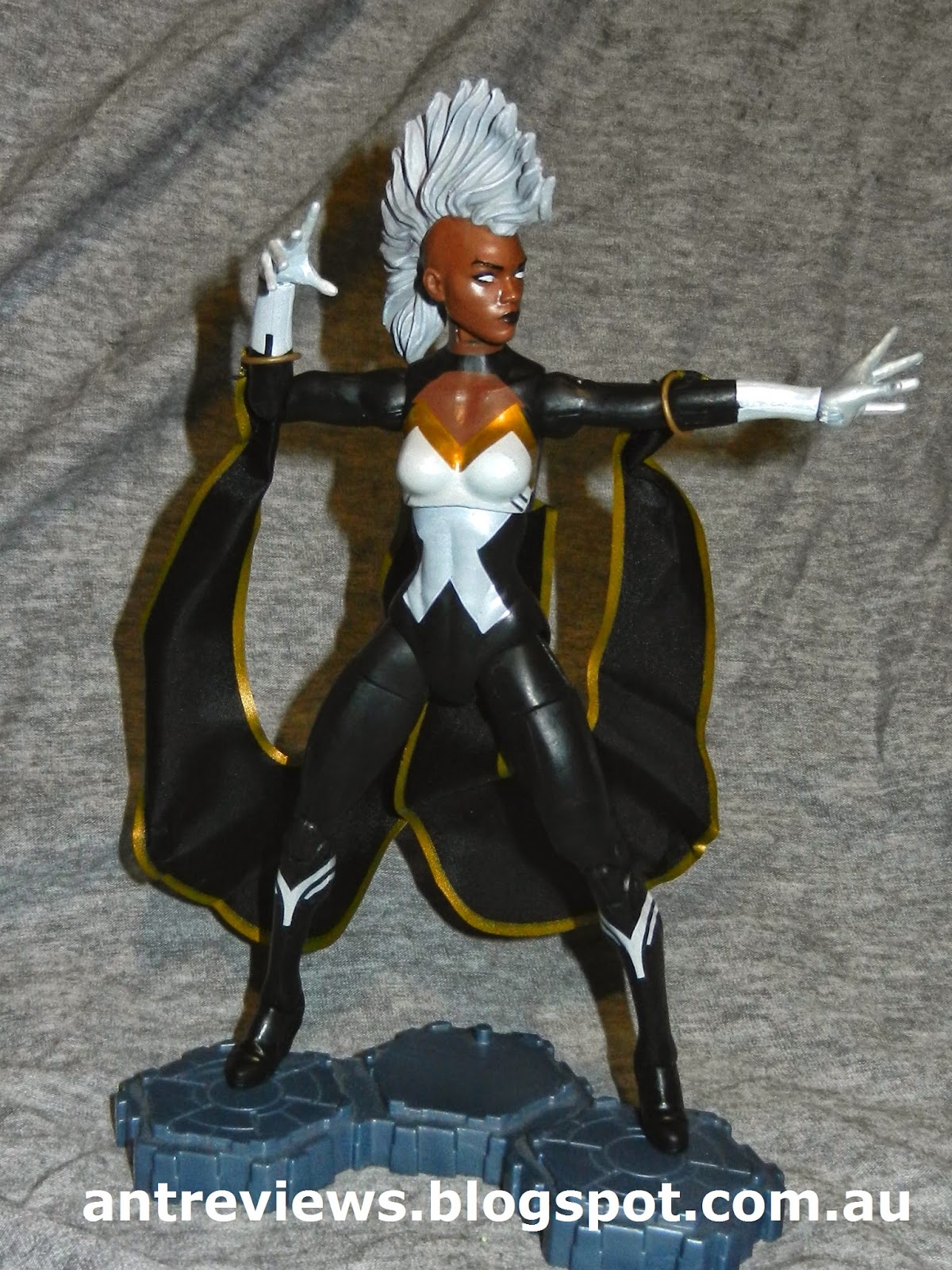