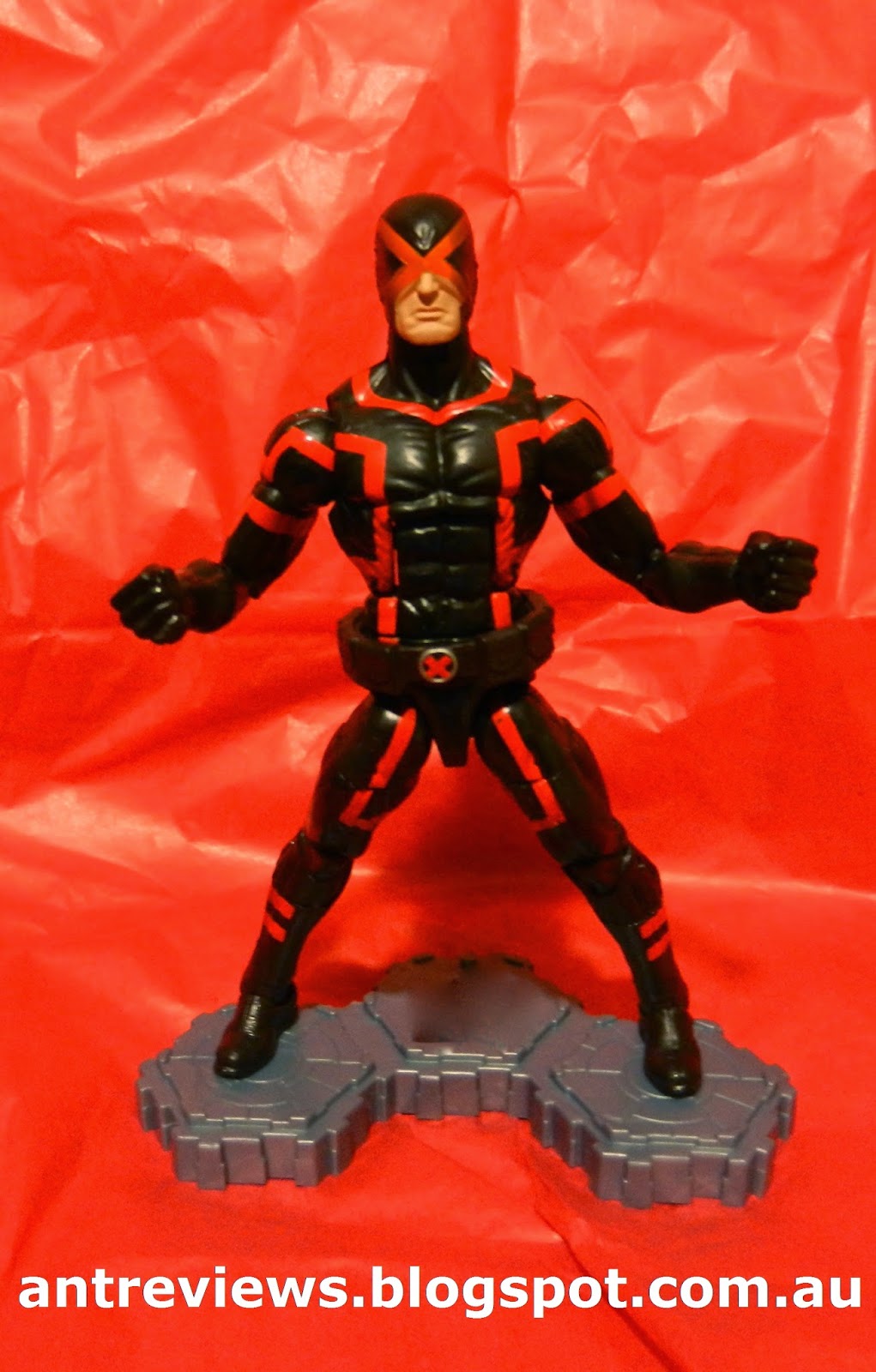 I’ve always liked Scott. I mean my favourite these days is Hank, but I’ve always had a soft spot for Scott. He grew into a more interesting character, for me, with Morrison and Whedon’s version of the X-men, as they were two writers who understood how interesting such a plain, straight up hero can be, and what lies under that strength. They revealed him to be flawed and frail, with more depth than simply being the fearless leader. And nowadays he’s even more interesting.

When the Phoenix Force, a cosmic force of unimaginable power, came to Earth to take over Hope Summers, Tony Stark, brains trust that he is, attacked it, and it divided into 5 parts. The Phoenix force inhabited five X-men: Cyclops, Emma Frost, Magick, Colossus and Namor. During their rampage Scott killed Professor Xavier, an act which broke his heart, turned half the X-men against him and made him a villain in many peoples eyes.

As a result of his hosting of the Phoenix Force Scott’s powers are now busted. Where before his beams were focused weapons of precision, now they’re basically a sawn-off shotgun blast of uncontrollable power, which needs time to recharge. 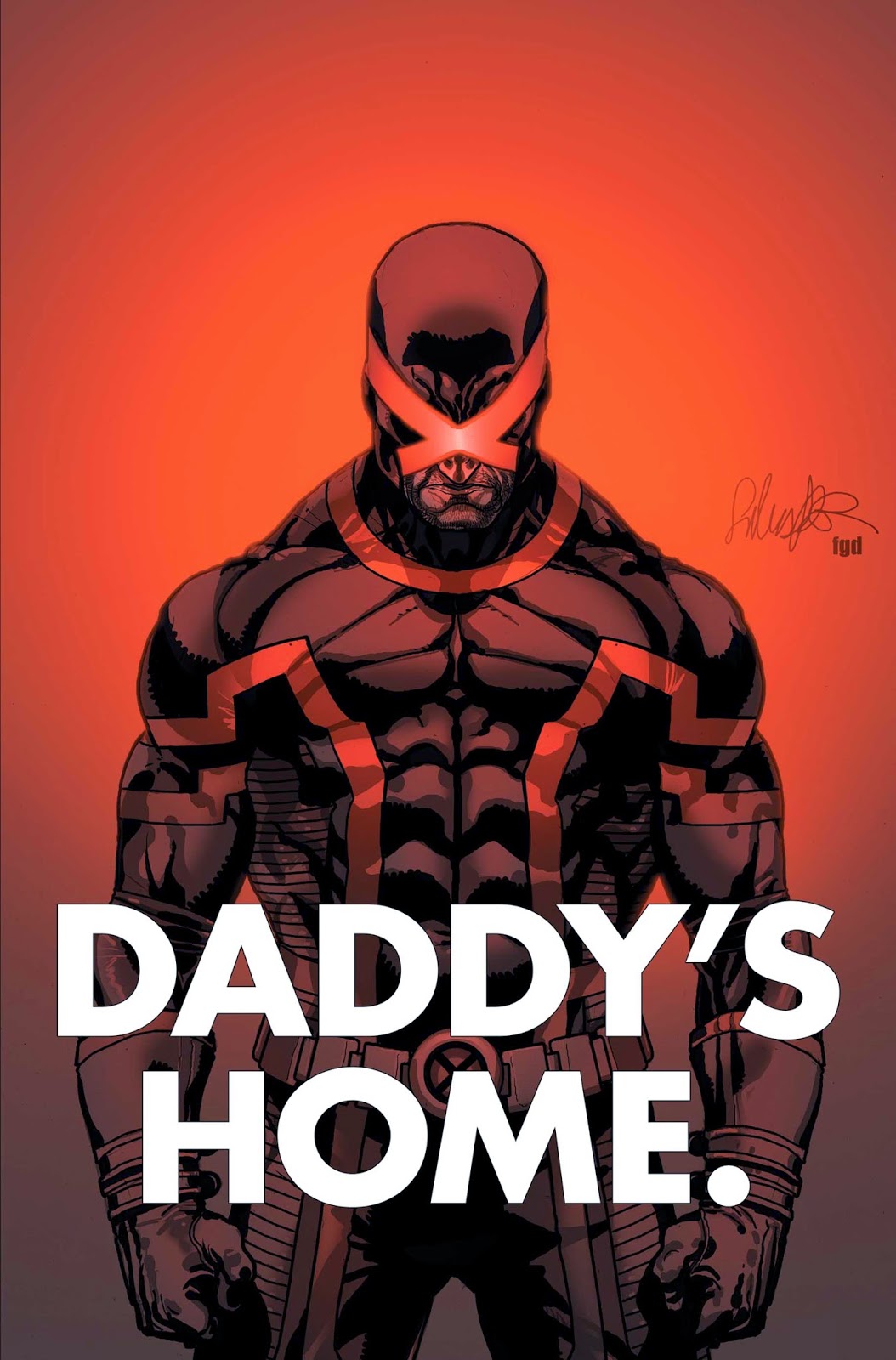 Now as his role as a mutant revolutionary, Scott needed a spiffy new suit to hit social media with. His
new movement drums up support from humans and mutants alike as he searches out new mutants popping up globally and protects them from a world that would see harm come to them.

And here it is in action figure form. My new favourite costume of his (and my favourite new design of any costume) blows the Astonishing era, John Cassiday designed suit, and its boring redesign out of the water.  The black and red design, by Chris Bachalo, is eye-catching, unique, dynamic and iconic, fitting for his role in this new world. Its also very villainous looking, which suits his standing with his former friends, and that circular collar design is very Magneto-esque, who’s now his second in command. That mask is so strange, you should check out the cosplay to see how poorly it translates to real life, which I love. The blasts are channelled through the center of the X, if you’re wondering.

The figure is very basic in its design, so its inclusion in this line is a great up-to-date decision and a no-brainer. There are very few new parts (just the belt and the head) and the paint is the important part. He’s cast in black and painted with a shade red that looks like his eye-blast colour. The belt is dark brown, and there’s two types of orange on the mask to suggest he’s powering up to fire. The red elements have some wear and tear, at least on my second-hand Hong Kong version, so look out for that on the official release. I’ve also seen some wear on the red lines by the ab crunch so be careful with that too. 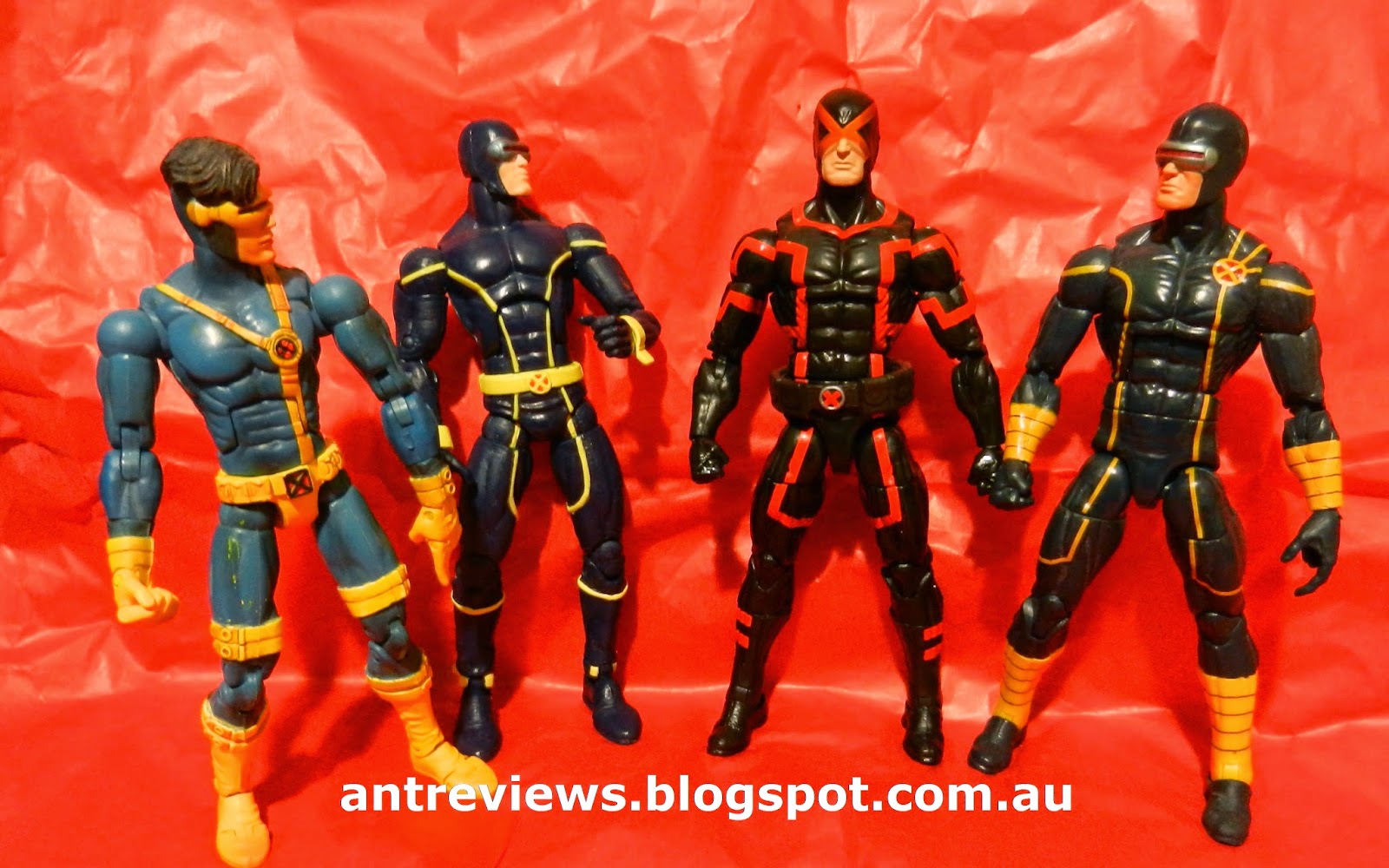 A note about the head sculpt: the mask I think should extend down his cheeks and take up most of the face. The orange elements of the X-visor look like they should extend down his face, or at least the black should be underneath though no drawing of the costume suggests this. He looks cool but it feels like someone, in sculpt or paint, got something wrong, though the final result is actually comic accurate. Also he's a completely smooth sculpt, and the costume has ribbing and piping thats missing from this piece. It would be amazing to get an 100% new sculpt, but to me he's good enough. 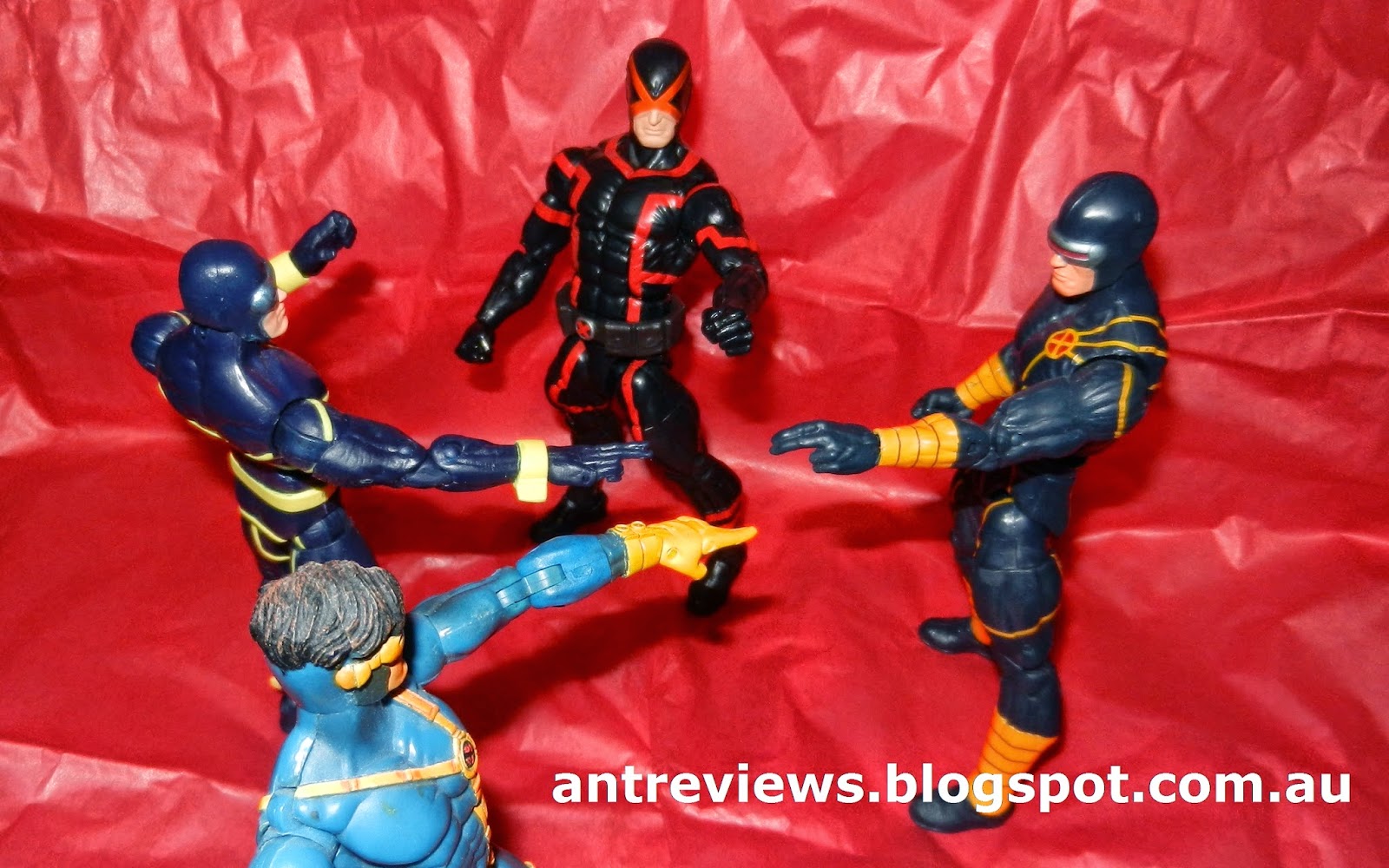 I got this bad boy early from those distant shores of old Hong Kong so I didn’t get any accessories, as the only thing he comes with is Jubilee’s arm.


The new Jubliee wave is promising, with brand-new up to date versions of characters people like (and new stuff like Stryfe). There are a few duds, with a Wolverine re-issue no one wanted and a Magneto which should have been a brand-new black and white version (or just better looking than what we got), but even then I’m very happy with getting my favourite new costume so they should keep this kind of thing going. Now we just need new Magick and Emma Frost figures in the Marvel Now style, that'd be amazing. NEXT: Marvel Now Storm is on the way, keep an eye out 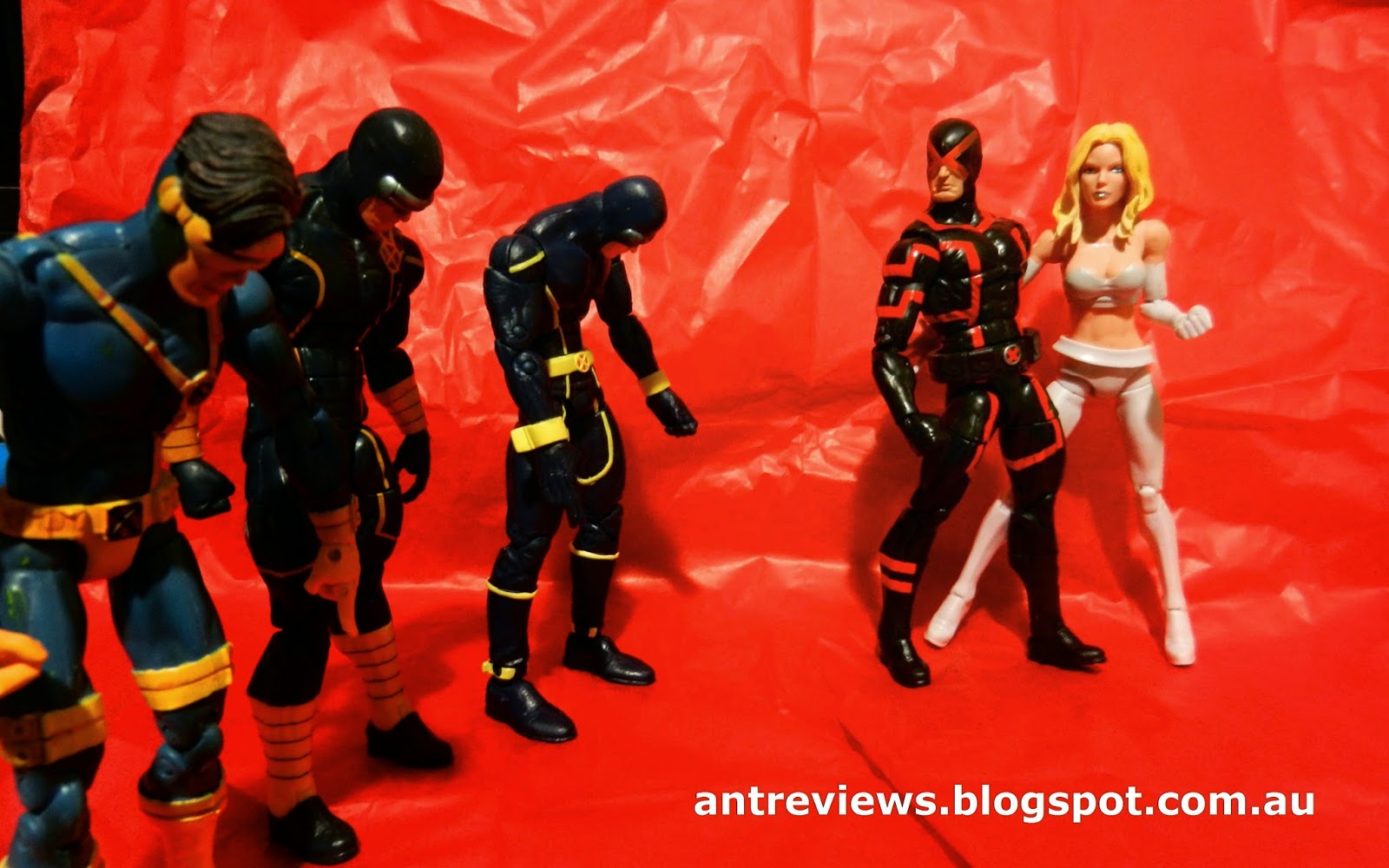 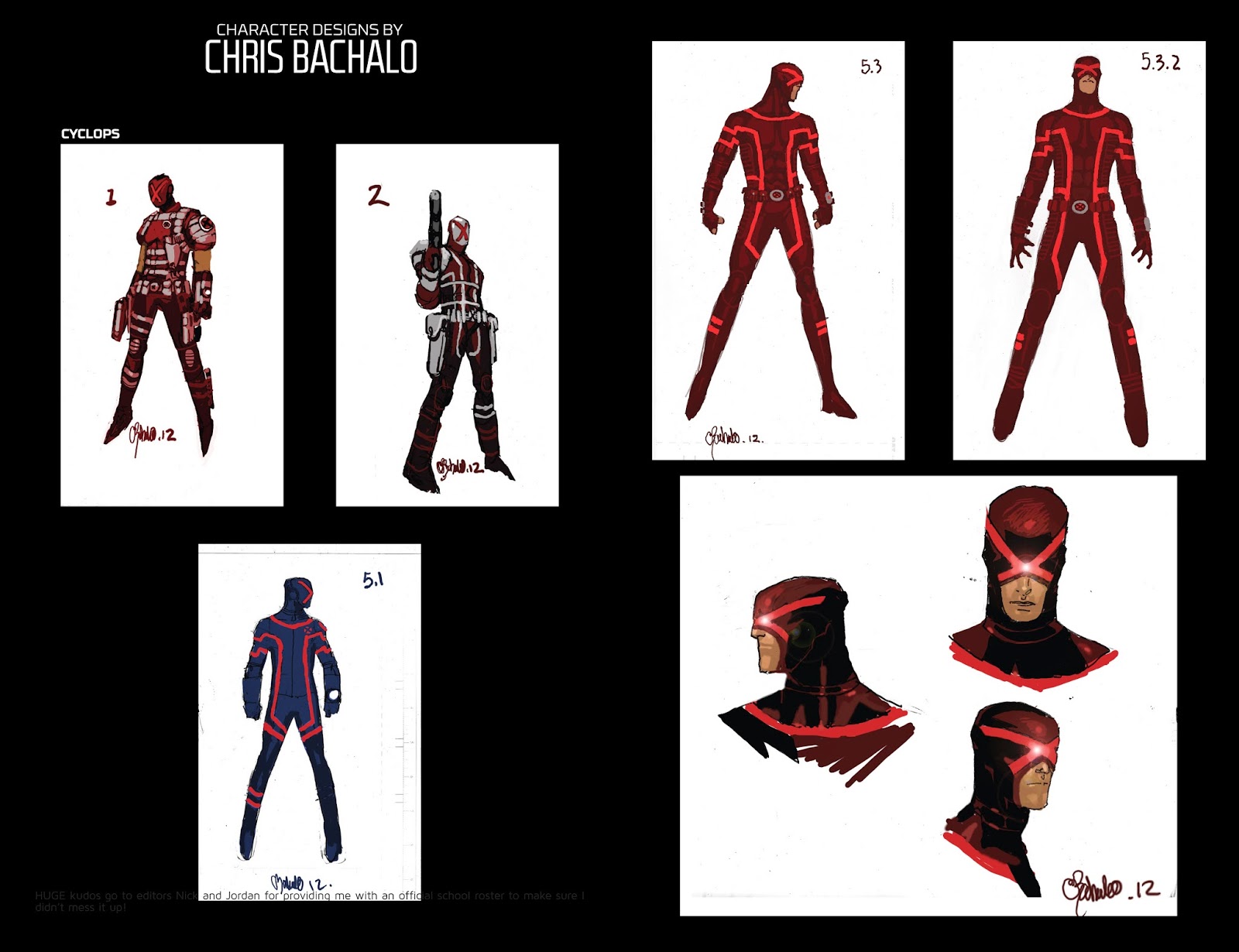 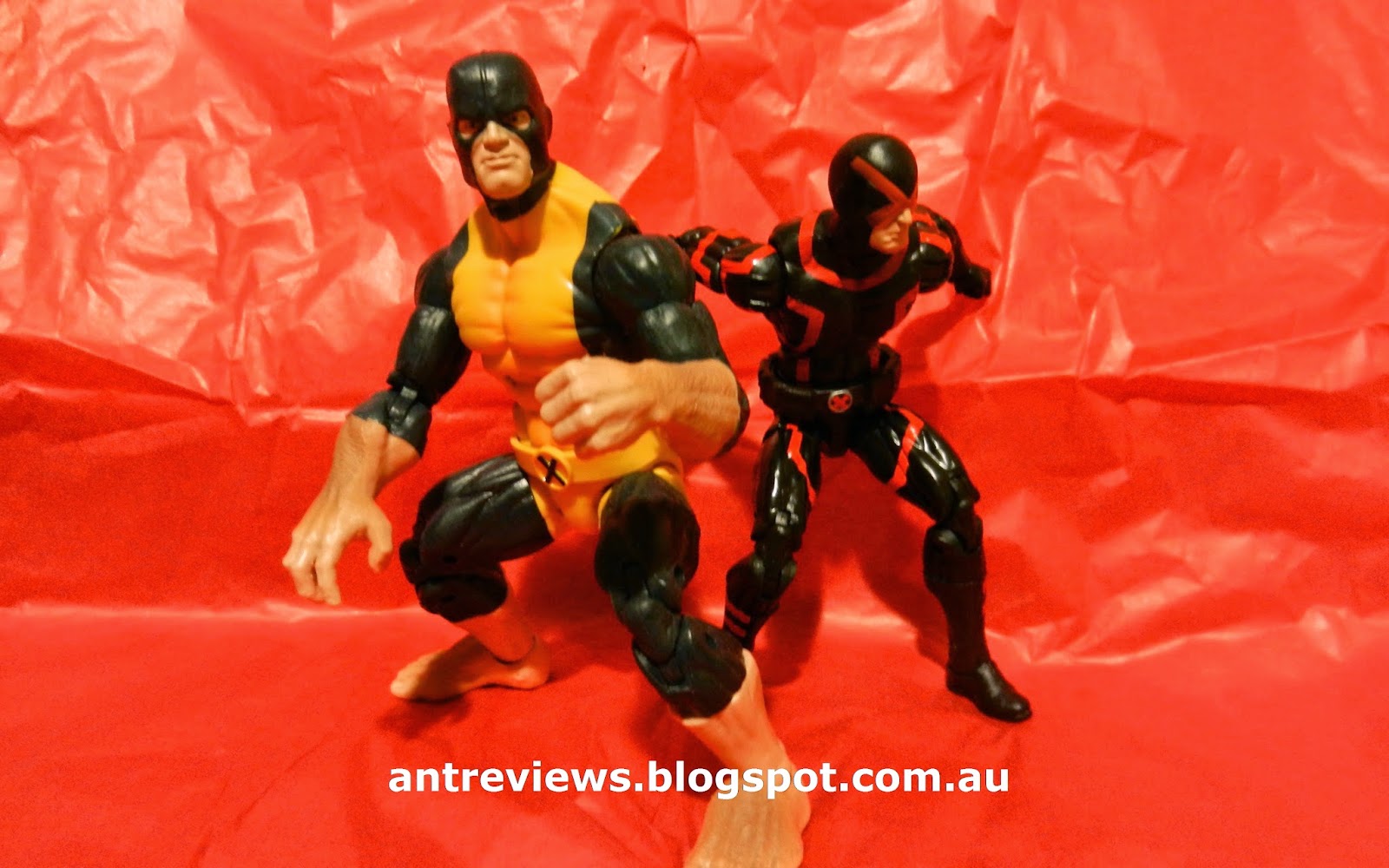 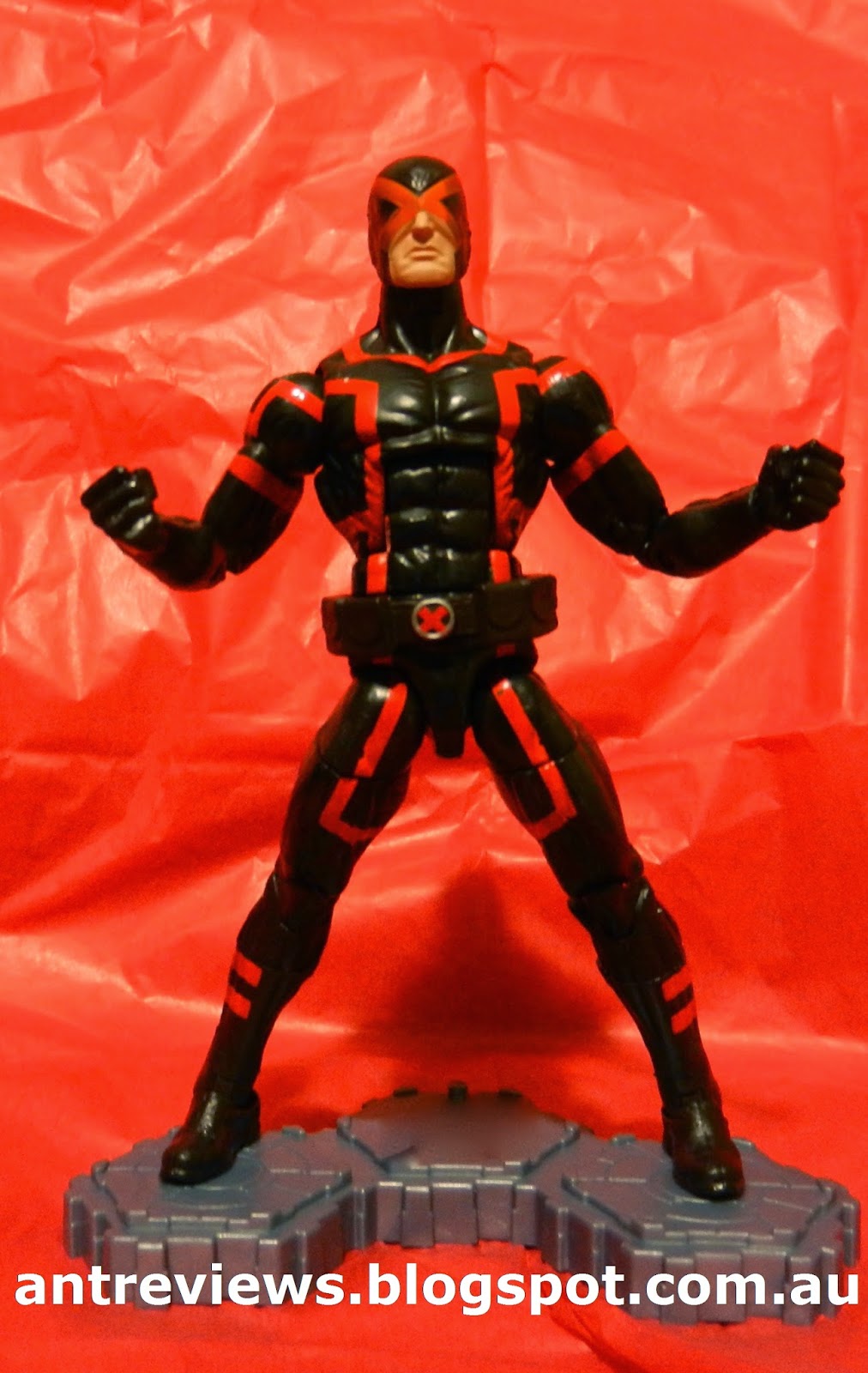