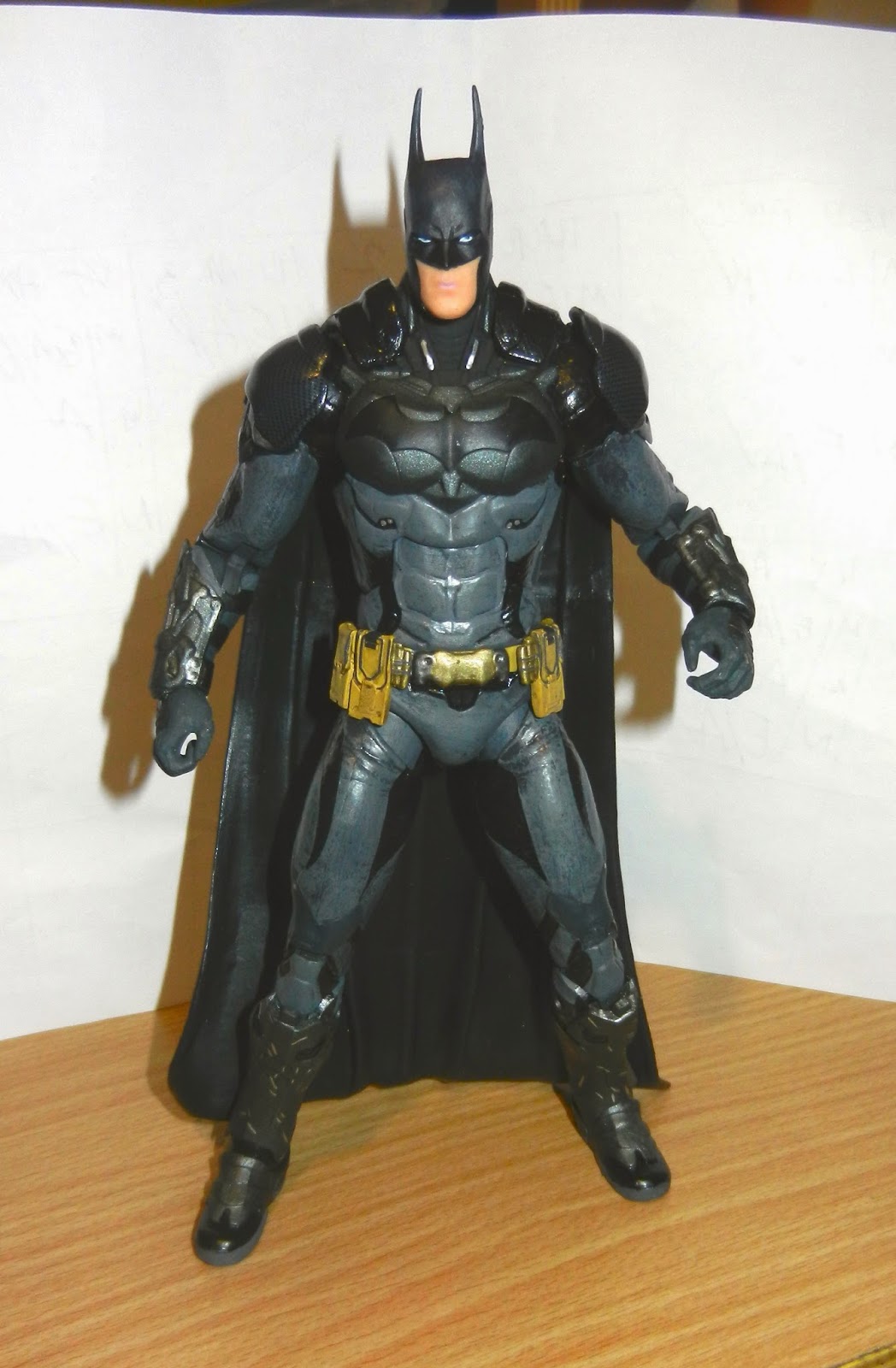 Just a quick review cos I haven't done one in a while.

These figures were a surprise to find here in Australia. Batman shot to the top of my list of ones to get, and i waited until the store replenished their stocks because the one Batman they had there had a bend ear on his bat-cowl. So i found the best looking one and here we are.

Not much to say about the new bat suit (because I haven't played the game yet) but from what we've seen in the cinematics thus far this suit is the most iron-manish yet. It's pretty much straight up armor, even more armoured than the armoured version that was released with Arkham Asylum, in that this one looks like its made from polished steel. In the cinematics the suit looks like its made up of several plated parts that move independently. It cuts an impressive silhouette.

The sculpt is fantastic. He looks exactly like he does no the poster. Some of the details are very fine and get bogged down in the thickish paint. things like the hexagonal pattern armour on the legs and arms. The problem with the grey areas of the paint is that they painted it dark grey and put a brush of lighter grey on top, and the effect looks thick and sloppy. on closer inspection its not that bad but its still sloppy looking. The gold and silver get mixed on the belt buckle though. The details are there but I just wish they were a little crisper. On the plus side there's a terrific carbon fibre pattern on the shoulder pads which turned out great. there's a lot of paint aps on him, of varying colours and textures. 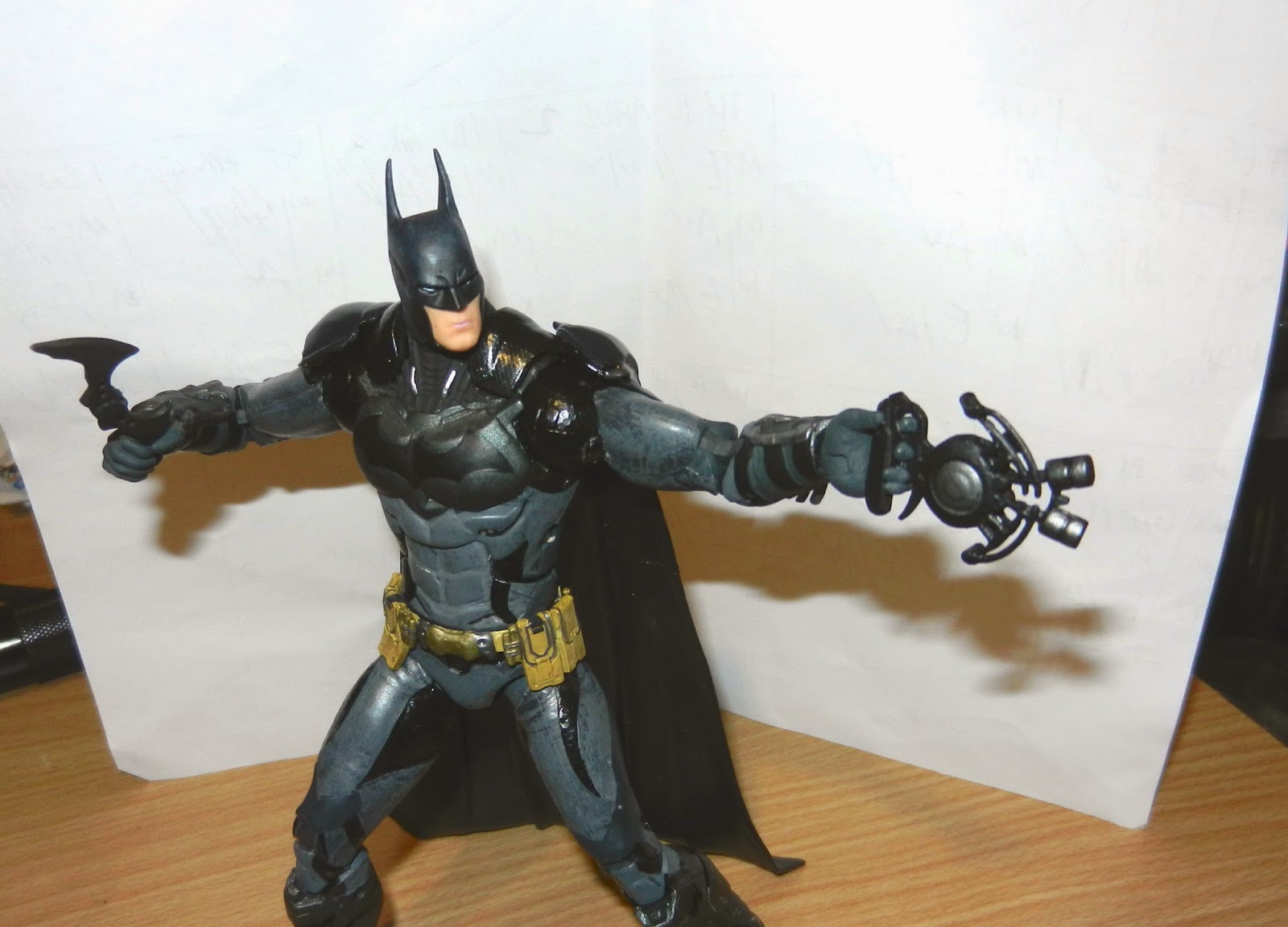 He comes with a line launcher, a new hand to hold that launcher, and a batarang, a nice little set for an introductory batman. The hands swap nice enough but the fingers wont go that far into the launcher and it looks like he's lightly holding it. 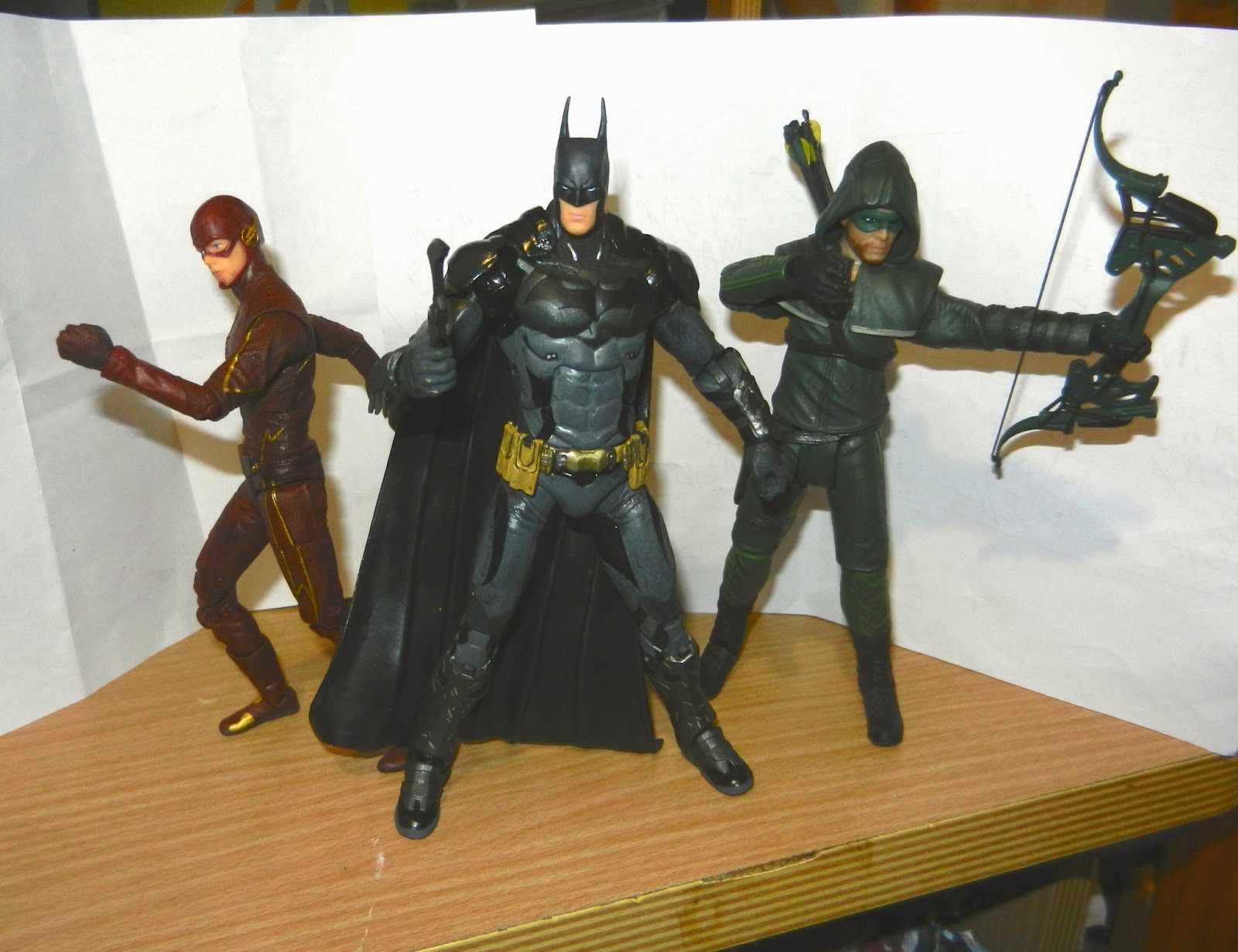 So, overall i'm impressed with this figure. He's burly and heavy, solid, full of detail with a nice little accessory selection. He's worth picking up, but be mindful of the bat-ears as they look to be woefully bent in some cases. 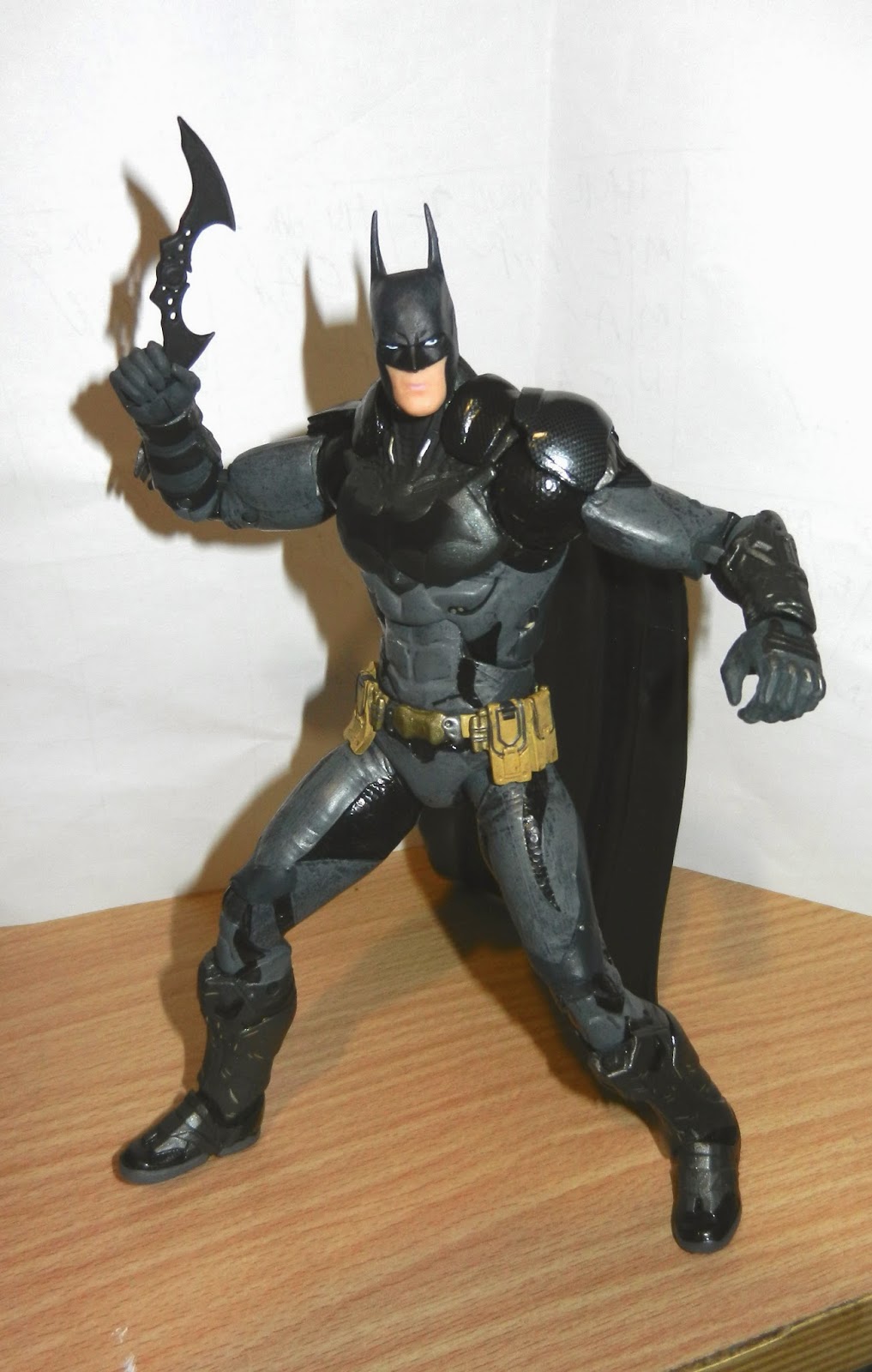 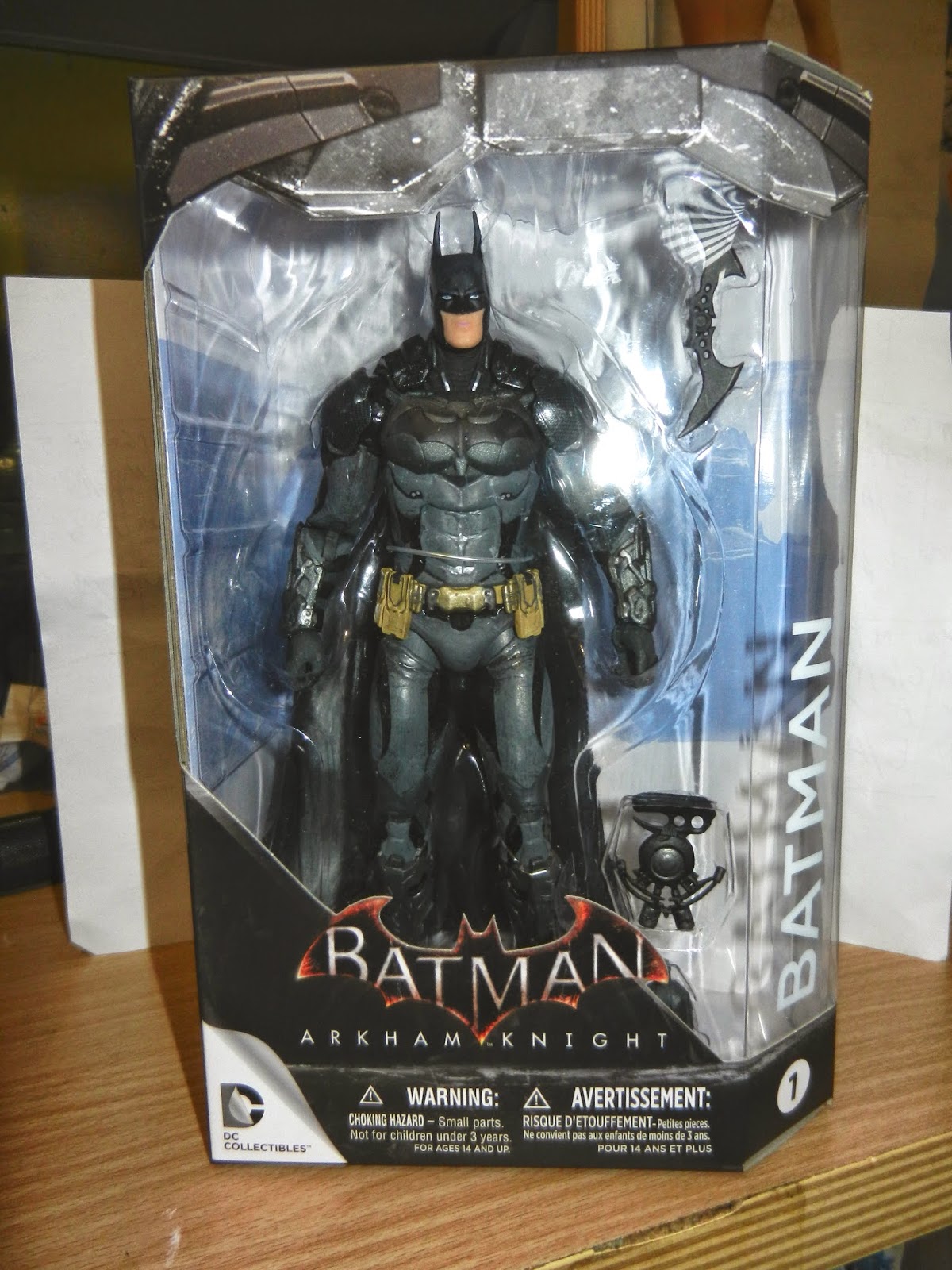