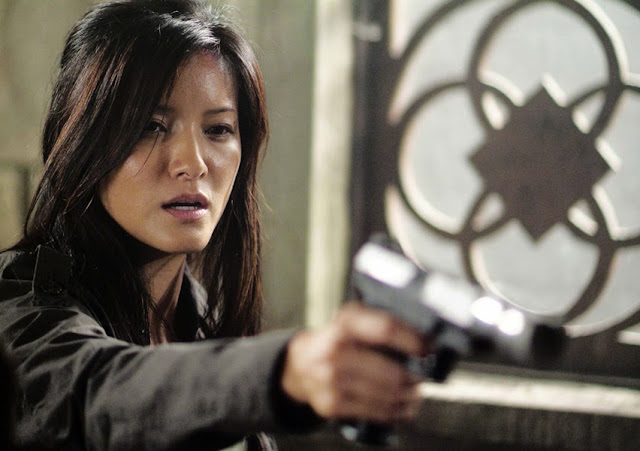 I remember having a conversation with my friend Josh regarding a poster for a movie called Gangster Squad. I told Josh that it reminded me of the kind of ideas a I had when I was in high school, and if I were the one writing the movie (back then) it would be about 4 disgruntled assassins, who all worked for different gangs: a disgruntled ex-cop mob guy (who resembled me), a ninja for the yakuza, a big heavy machinegun guy for the Russians, etc. It would end with a massive battle as the gangster squad take on 100s of goons who work for the gangs that dissed them. It all sounds pretty puerile and immature, a reflection of my lack of understanding of the world around me, and of crime.

That’s not to say that Jonathan Frank and Nick Rowntree are immature. The conceived this film whilst at college with the director Scott Mann. The film is about a tournament of the world’s best assassins, who compete to see who’s the greatest in the world while the richest bet on its outcome.

I say this with love: the film is like something I would have wrote when I was younger. It speaks to me on a certain level, what with the glamorisations of assassins and the fetishisation of weaponry and insane skills. The lack of understanding of the real world: hackers simply redirect calls and emergency services are suspended, so the environment is lawless like a modern day wild west. It even includes a major role for Kelly Hu, with whom I had a massive crush on in year 10. In many ways this film was made for me. 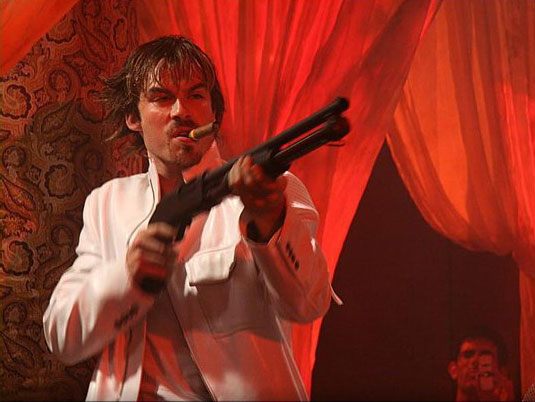 The characters are paper thin, and like big action ensembles their only distinguishing features are their appearance and their abilities. Ving Rhames is a big, old-fashioned style hitman, Sebastian Foucan as an agile parkour killer, Scott Adkins as a crazy Russian with a cool scar, etc. The most interesting to me is Ian Somerhalder’s psychopathic Texan, who we first see shooting a dog. He screams anime to me, with his garish white coat, crazy hair, and ‘skilled rival’ mindset in contrast to Rhames’ character. So much of his construction resembles what a non-American thinks Americans are really like. Robert Carlyle rounds out the cast as an alcoholic priest caught in the middle of the tournament.

The action is fun, sometimes exaggerated, and very violent. You can tell this is an independent film. Many people completely explode in this movie, and the beginning sequence is soaked in blood. I also love how each assassin kind of goes outside their gimmick, like the Russian martial artist throwing grenades and the parkour expert shooting guns. Some of the action setpieces are a lot of fun and pretty imaginative. Again, this reminds me of something a teenage me would have written, and that’s what makes this movie so cool. 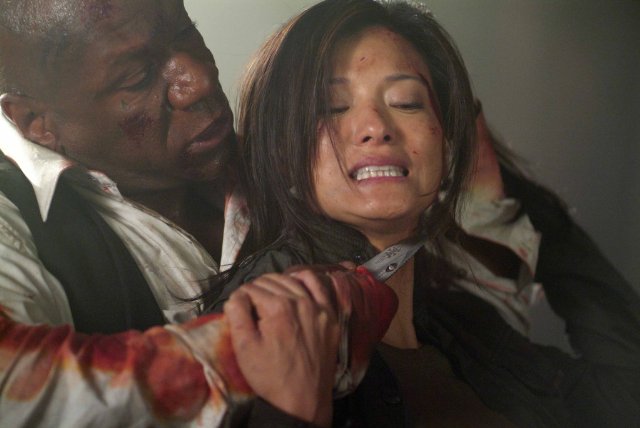 This brings me back to the days of my youth where the coolest things ever were silenced SMGs, night vision goggles and samurai swords, and the word ‘assassin’ denoted something skilled and deadly and awesome. Back before maturity and an understanding of the real world set in. I’ve been dealing a lot with childhood nostalgia, thinking back to how I felt and how media affected me when I was particularly young, this film spoke to the fantasies I had when I was a teen. I could almost imagine myself writing this thing as it transpired onscreen.

So, while this movie isn’t everyone’s cup of tea, if you were a teenage boy in the early 2000s this movie is right up your damn alley.