Marky Mark and the funky bunch smuggle some stuff back into the US. That’s right, it’s time for Contraband. 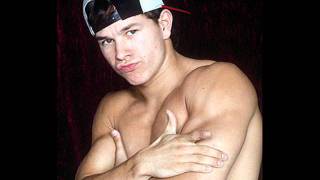 So I was home with Mum and she picked a movie that she thought would be pretty harmless, and Contraband was it. I wasn’t expecting much, in fact, I had ascertained much of the film’s plot from the trailer, and I found that my predictions weren’t that far off.

The film falls under the ‘one last job’ style of the heist genre, which is to say the common form of that kind of crime film. This whole film, I think one of this film’s major flaws is that it adheres too much to its genre. Normally, ‘genre’ can help classify and group a film, according to indentifying stylistic or plot conventions, like noir films have an anti-hero as a protagonist and romantic comedies have a quirky, unattractive best friend of the main character. Unfortunately, these genre conventions also adhere not only to style but to narrative structure, and as such these films are very predictable. So the film becomes less of a narrative and more of a checklist of genre staples being ticked off one by one, which doesn’t make for interesting viewing.

Add to that the fact that the film is a alt-title remake of a 2008 Icelandic film called Reykjavík-Rotterdam by Óskar Jónasson. I don’t like English translation adaptations of foreign language films. To me it’s a display of unoriginality; simply give us the original film if it’s that great, let us see what piqued your interest to want to make it again in English. It’s especially bad when it’s not a 100% straight adaption, they change the name and elements of the plot, so it’s less like Fincher’s Girl With A Dragon Tattoo and more like Scorsese’s  The Departed (a film which I disliked for the sole reason that it was an indirect remake). It’s not just the lack of originality that kills me; it’s the lack of faith in Western audiences and the belief that they won’t enjoy specific stories from specific regions around the world. It’s the slight racism that become apparent when every non-American story can somehow be Americanised.

In this case it’s a slight ‘Bostonization’ of everything, despite the film not being set in Boston. I have to say that the whole South Boston thing is a real dominant force in the works of Mark Wahlberg, and in Hollywood it seems, with movies like The Fighter and with Affleck’s directorial films. My Boston cherry was popped with Eastwood’s Mystic River, and I’ve since grown weary of the in-your-face exaggerated cinematic Bostonians I’ve seen many times now. While this film is set in New Orleans or somewhere the fact it had Wahlberg in it and had such a heavy emphasis on family and being a former criminal, and the fact that all the criminals know Wahlberg’s character and stuff like that give it a real feel of a close-nit Boston Irish suburban community as seen in The Town and Mystic River. That kind of through me off, and scrambled my sense of context when watching the film. 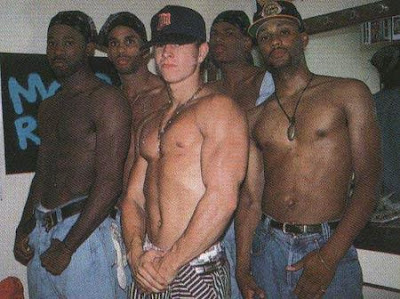 The script is ok. There were some very clunky, trying-to-make-exposition-seem-natural set ups early on in the piece, but it then turns into a pretty much conventional heist movie, and it moves at a pace which seems detrimental to some of the character moments they’ve set up during the film, and despite the exhausting pace the film does seem quite long. The film is also quite labyrinthine in its plot, with many twists and turns. The problem with this is that we know what the twists and turns are, we know what the endgame is and what the end result will be for each character, along with all the tags, set ups and clues laid throughout. This can be an arduous task in viewing the film, when they’re going to the effort to twist and turn a savvy audience member who knows they’re being fucked with. I can’t stress enough how annoying predicable films are.

Despite this there are some good moments in this film, good character beats and some scenes that should work, though for some reason they don’t. I don’t know what it is, the cold cinematography, or the performances or the scripting, but I cant engage with some of these scenes, I don’t feel it. I know what they’re going for, and despite what I’ve said I appreciate the effort of putting these kinds of scenes in there, but the sense of character and family that they’re going for doesn’t translate, and the character moments lack appropriate pacing and warmth.

Elements like villainous Giovanni Ribisi’s character having a cute daughter. One scene in particular annoys me: Banshee from X-men: First Class observes that, while Wahlberg has gotten out of the game and is in a legitimate life, he actually still loves smuggling things. He smiles and tells him not to tell Kate Beckinsale. That was a good moment! That was an interesting twist on the ‘reluctant criminal who returns to a life of crime for one last heist’ film conceit, and if explored it could have added depth to a wooden and predictable character. But it’s mentioned and never addressed again, which is a shame.

I suppose the only thing it’s lacking genre-convention-wise is the woman who will screw things up just by being a woman and being a wet blanket, like with that Amy Brennan’s character in Heat and Rebecca Hall and Blake Lively in Affleck’s The Town. This time you’d expect Kate Beckinsale (who is far too glamorous to be a working mother) to put a damper on things, to make Marky Mark be a responsible husband, but that gets straightened out early, and she becomes supportive.  I suppose the one who fucks things up consistently is Banshee. 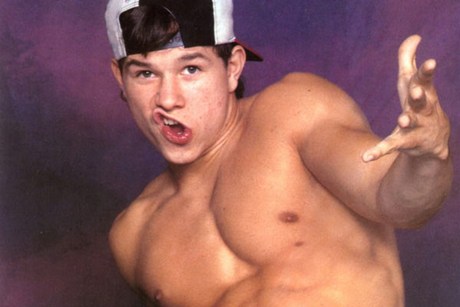 So at least one thing breaks from convention and creates a bit of interest. But there is nothing here you haven’t already seen before. I was thinking of writing a review on Reynolds and Washington’s Safehouse, but I found there was nothing I could say about the film, it was good enough but nothing new *. It’s the same deal with this film. It’s entertaining enough, but if you’re a fan of the heist genre then the film will annoy you. I was going to give this movie an extra star for putting at least a modicum of effort into proceedings, but ultimately I was bored by this film and I’m upset that I actually hate it as much as I do right now and wish I had something nicer to say about it.

*(We know the person he considers a friend is the one that’s betraying him! The same thing happens in Contraband! It’s no longer a twist these days, especially if we spot it from the trailer! In fact, the twist would be that the friend ISN'T the one setting him up. FUCK!)
Posted by Unknown at 09:36