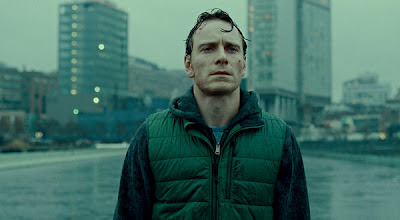 I saw this movie on the morning of Valentine’s Day. A movie about people who can’t find meaningful human attachments? Something I can relate to, YERR.
Shame is a movie about sexual addiction. Brandon (Michael Fassbender at his career-best) lives a chic New York life alone, dealing with his desires in private until his sister Sissy (expertly performed by Carey Mulligan) crashes his party and he’s forced to take her in. Against her he measures his life, and as that intangible, elusive normality rears it head Brandon finds he’s yearning for something more meaningful than the life he’s created. Its in this yearning for normality Brandon experiences the titular Shame.
I like to think I know a little about sexual addiction. I’ve read My Booky Wook by Russell Brand, which touched on his various addictions, including his addiction to sex. I took umbrage with the media’ portrayal of this when publicising both Brand and the book; they made it seem as if his addiction was glamorous and sexy. A good-looking guy goes around fucking all the time, what’s not to like? I imagine that this portrayal was played more to his female fans, and no doubt those in the media were keen to simply mention Brand and sex in the same sentence. It was brought up a lot in interviews, and still is today. Sexual addiction is a serious topic, and is dealt with as such in his book. In Philadelphia he was in a sexual addiction clinic, alongside paedophiles and a man who had sex with his teen daughter. It wasn’t this groovy sexy place that the media seemed to make out it was, it was dark and dirty and unpleasant.
Likewise the stories I’d heard of comedian Jim Norton’s sexual addiction. Many times on the Opie and Anthony Show he’s publically discussed his addiction, whether through comedy or during more serious talks. I’ve found them as dark as they are humours or enlightening. The re-occurring theme here I’ve found in these comedians’ tales of addiction is that sexual addiction, in my limited knowledge, begins in two places. For Jim Norton, Bob Kelly and Russell Brand, sexual addiction comes after a rejection to alcoholism and drug abuse - addiction mutating into a new form. The other point of origin begins in the past, where an adult cruelly and selfishly interferes with a child. This sexual abuse affects the victim’s interactions as an adult, which is suggested here in Shame.
Brandon and his sister Sissy share a dark past as children. That chapter in their lives skewed their view of love and sex, with Brandon seeking sensation while Sissy desperately seeks love and affection. This ruins their personal lives, and the two occupy a space as damaged yin and yang. Their interactions change from heart-warming to difficult to watch, dysfunctional and painful. Both struggle with their emotions for each other, and I found myself relating to their interactions on a personal level. All of it is handled very well. 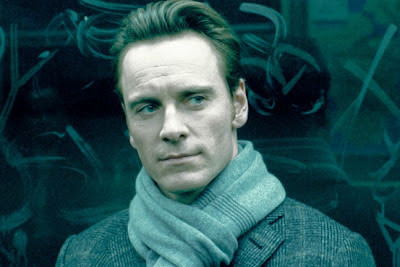 Brandon leads an enviable life. He has one of those no-name office jobs, one that pays well and seemingly has lots of free time. I mention this because it’s an oft-used conceit of romantic comedies. As adults we are forever linked to our professions, and for a film to focus on one’s private life their professional life must sit comfortably and unobtrusively in the background. Brandon is a runner who enjoys classic music played on vinyl records. This sophisticated element to his life juxtaposes the filth of his private life, a device employed in Kubrick’s A Clockwork Orange, where the violent sexual side of Alex DeLarge is offset by the culture and sophistication of classical music.
Perhaps this is what I (kind of) disliked about the film. Brandon leads such a nice life, he does things that most men (even men in the film) wish they could do, in his simple, eye-to-eye seduction. His sexiness is effortless, and again with the aforementioned moneyed lifestyle he displays, I don’t find anything particularly wrong with his life. I mean, the major complication in the film is his sister inserting herself into his life, which begins his soul-searching and desire for more, but still, this wasn’t the shameful life I was expecting.
There were stories that Jim Norton has mentioned about how he has had unprotected sex in the back seat of his car with a transvestite in Jersey City. Or the times he’s had to have sex with a hooker in his car, parked in his parents driveway, so as not to wake them up. This was the smut I was thinking I was going to see in this film, and while it does indeed get pretty rough at the end, Brandon only feels shame once his sister’s around. Perhaps it would have been more of a powerful statement if he felt the need to change of his own volition due to his lifestyle. That he had a sobering moment, a moment of clarity that changed him. It would also have been interesting to see a film about sexual addiction where the addict had a hard time getting what he wanted, for with Brandon it’s in no short supply.
And with that I should mention that I wanted the film to be smuttier. I, like most men my age, have surfed for porn on the web through sites that are essentially YouTube for porn. I’d discussed this with my friends; there are moments, usually after climax, when you clearly understand what it is you’re doing, what you’re looking at. To paraphrase Patrice Oneal, you’ve gotten ‘too many clicks in’ from where you started. (My personal stories don’t compare to what my friends have seen, one of which recalls seeing track marks on the arm of the girl in one video.)  I’m not talking about anything dark or illegal, simply that the level of smut, after the sexual feelings subside, is too intense to accept. Sometimes it’s the video itself; most often it’s the ads or the thumbnail links to other videos. It gets reduced to just shots of genitals and fluids and unrealistic, almost abusive situations. Most porn, in my limited experience, is devoid of intimacy, affection or any real context. I’d only ever seen one porno with any kind of story or acting, and it was more humorous than anything else.
That was what I was expecting from Steve McQueen. I’d watched his first film Hunger in fast forward for certain sequences. Not to say it’s a bad movie, rather it’s intense and difficult to stomach. It was incredibly uncomfortable to watch someone slowly die of starvation, and the long, lingering shots left me feeling equally sick and lethargic. So going into this film, with other critics talking of intensity, I was thinking I was going to feel the shame that Brandon feels, to an extent. That I would be leaving the theatre with the feeling smutty and filthy, the way I had felt in my younger days when I surfed for porn more frequently, that realization that sex is unglamorous and ugly. There were a few moments where we see Brandon watching porn, not getting off but simply exposing himself to sex. I’d heard Jim Norton talk about this a few times, where he just simply had to see it more than anything else, so these moments ring true. There was also discussion of what is on Brandon’s work computer, and how disgusting that stuff was. I was interested as to what it was he was seeing, how bad and how deep he was into stuff, but such is the constraints of a mainstream film. 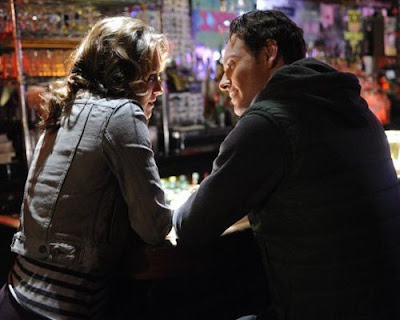