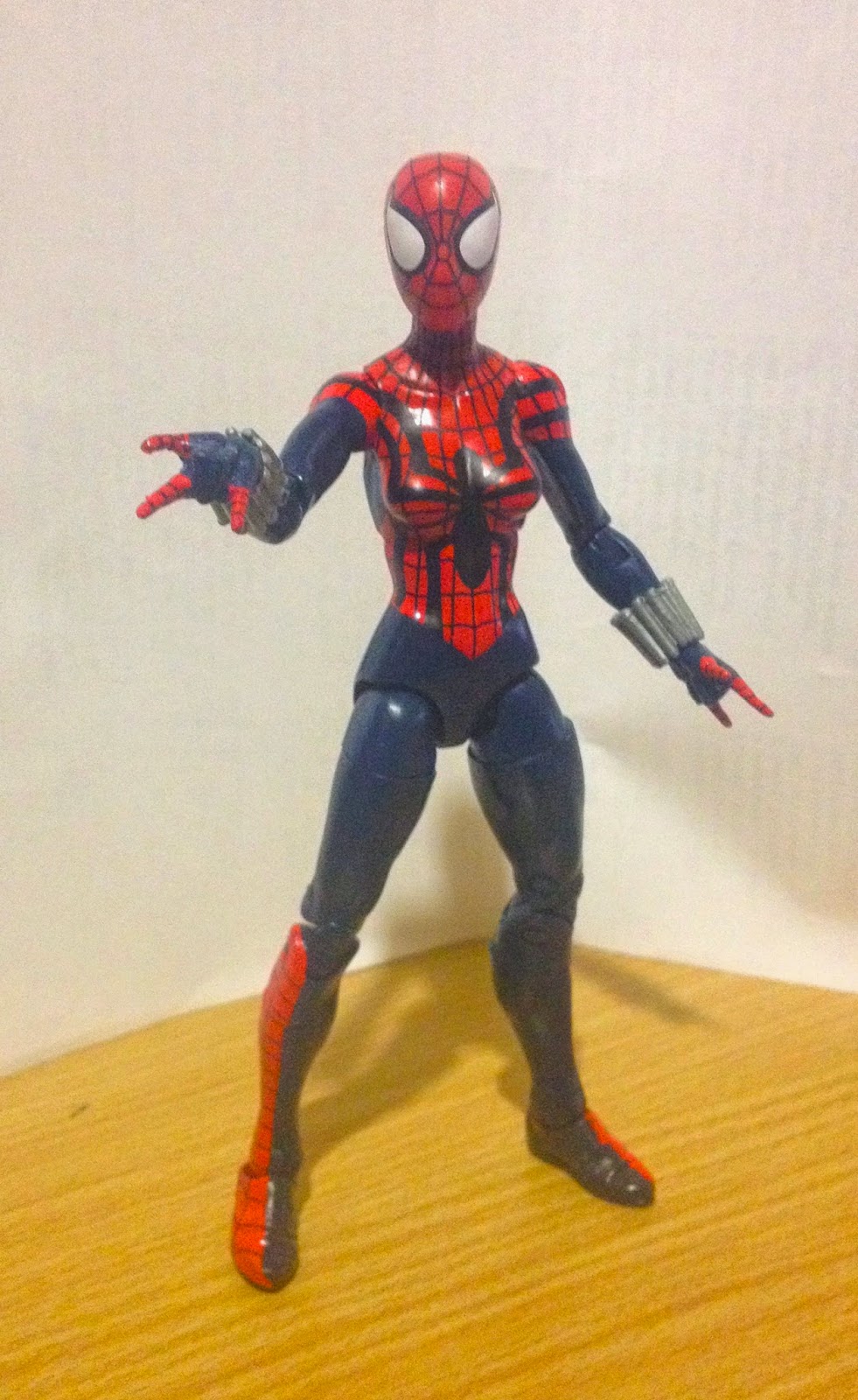 Spider-Verse is a genius idea for a crossover, having all of the alternate Spider-men and women team up to face a common foe. Alternate versions of Spider-man tend to be the most popular of alternate universe interpretations Marvel makes. Just look at Spider-Man 2099. He’s the only 2099 character to have any kind of consistent fan base since his creation in the 90s and is the only one they make comics of today. Same thing here with Mayday Parker.

After her popular debut in a one shot May ‘Mayday’ Parker was given her own comic and a cult following to boot. Of the other two titles released in her own future universe of MC2 (A-Next, about new Avengers, and J2, about Juggernaut’s son) May’s was one that lasted. No one asks about J2 anymore. No one.

So May is the daughter of Peter and Mary Jane, and has a host of powers similar to his, including the all-important spider-sense. She also has some control over the magnetism of objects on surfaces; an extension of Peter’s wall crawling ability, it seems May can trap people to a surface by touching the surface they’re standing on, interestingly enough. She’s adopted the costume of Ben Reilly, the spider-clone, and even has his web-shooters as well. Like Miguel, she’s had her share of adventures with 616 Spider-Man, and he knows them on a first name basis and they are trusted members of his Spider-verse team, which is cool. 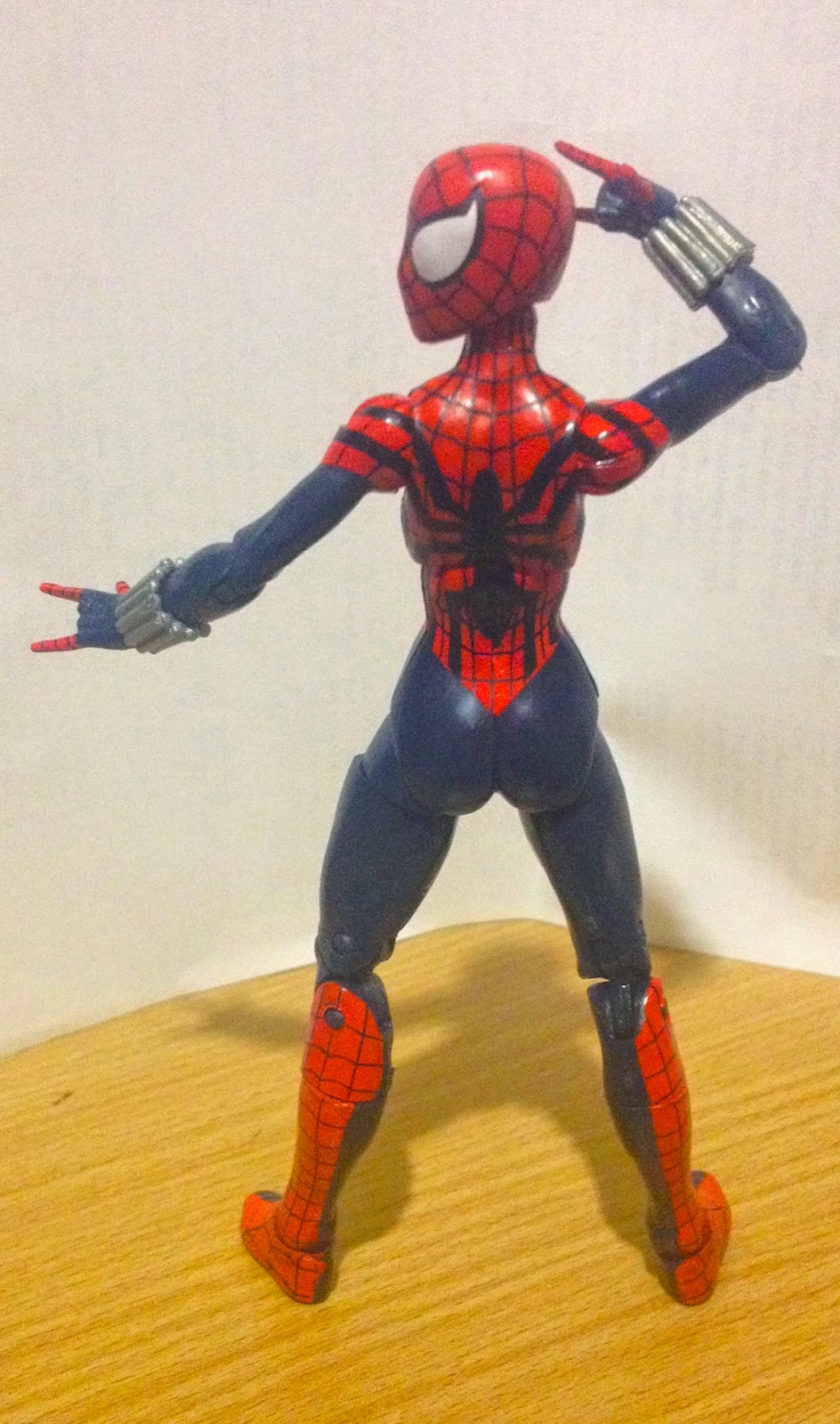 The figure borrows the Jubilee/Anya Corazon Spider-girl mould, which is appropriate as most would remember Mayday as a teenage girl and not a fully-grown woman. That being said she’s meant to be fully grown in Spider-Verse but she looks small next to the others so I can assume she’s a petite girl anyway.

I like what they’re doing with the plastic, as the quality of plastic is much higher with Mayday than it
is with Anya. She’s 90% the same, only with a new head (with sculpted eyes) and Ben Reilly’s web-shooters, which are independent pieces that are like bracelets on her wrist and not part of the forearm. Her hands are in web firing mode.

Her articulation is the same as Anya’s, ball-jointed/swivel hinge wrists, shoulders, hips and ankles, single hinge swivel elbows, a torso ball-joint with limited range, thigh and shin swivels, double-jointed knees and a ankle pivot. Her neck swivel hinge has great range but the legs can’t go up that far in front so her more acrobatic poses are out of the question.

The paint is great for the most part. The dark blue is a nice shade, and the red is appropriately vibrant. The webs are mostly painted on well but there’s some red-into-blue slop on the foot, but the mask is painted on fantastically, with crisp lines around the eyes. She doesn't come with accessories, but her build a figure piece is Hobgoblin's head and wings. Seeing as i got this figure loose from the mystic shores of the orient I didn't get that stuff. 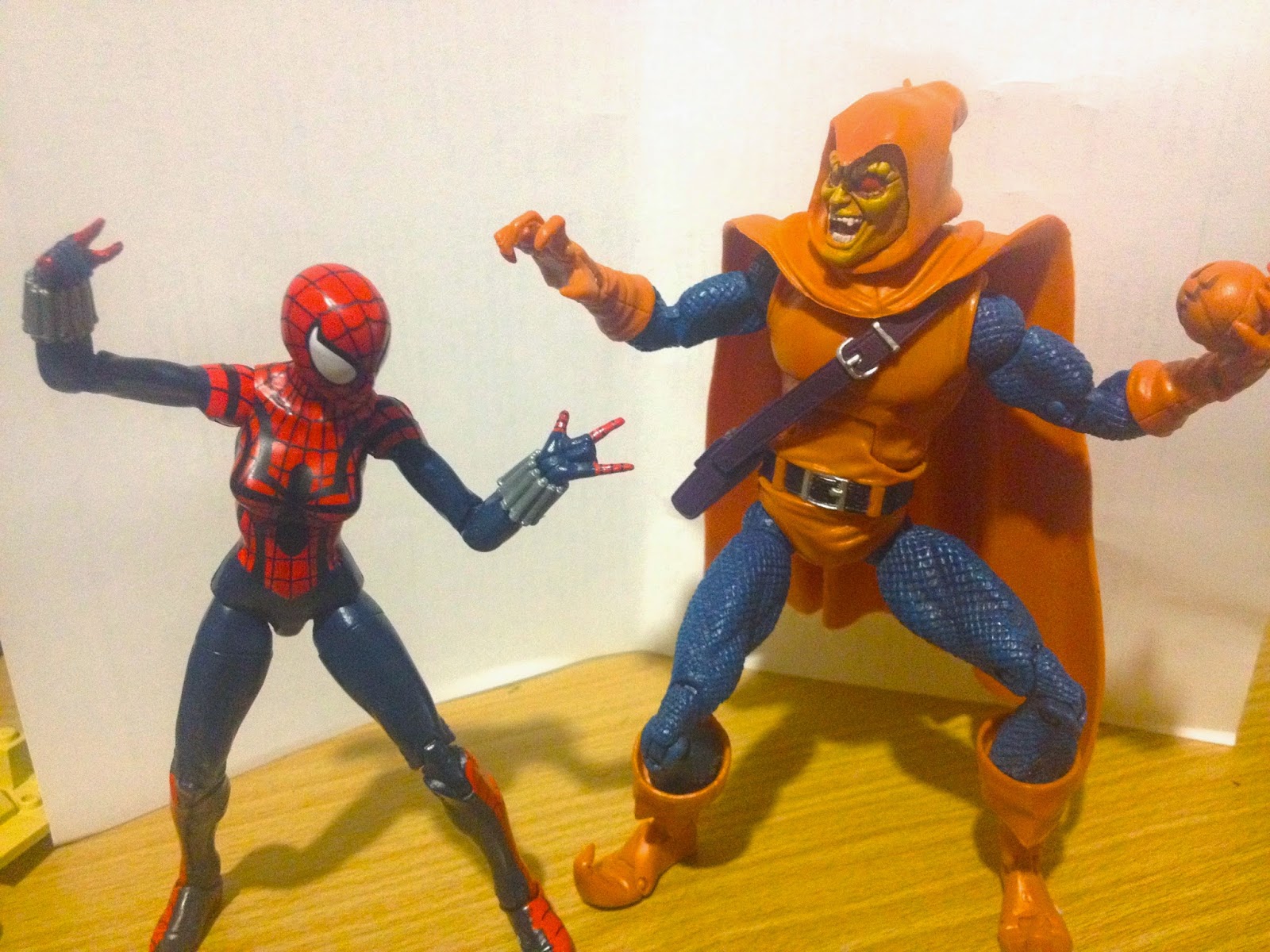 So, if you’re one of those Spider-Girl fans that rallied against her multiple cancellations and have been craving a good figure of her look no further. I’m glad spider-verse has awoken interest in alternate versions of Spider-man like Mayday and we can get our hands on a quality representation of her. 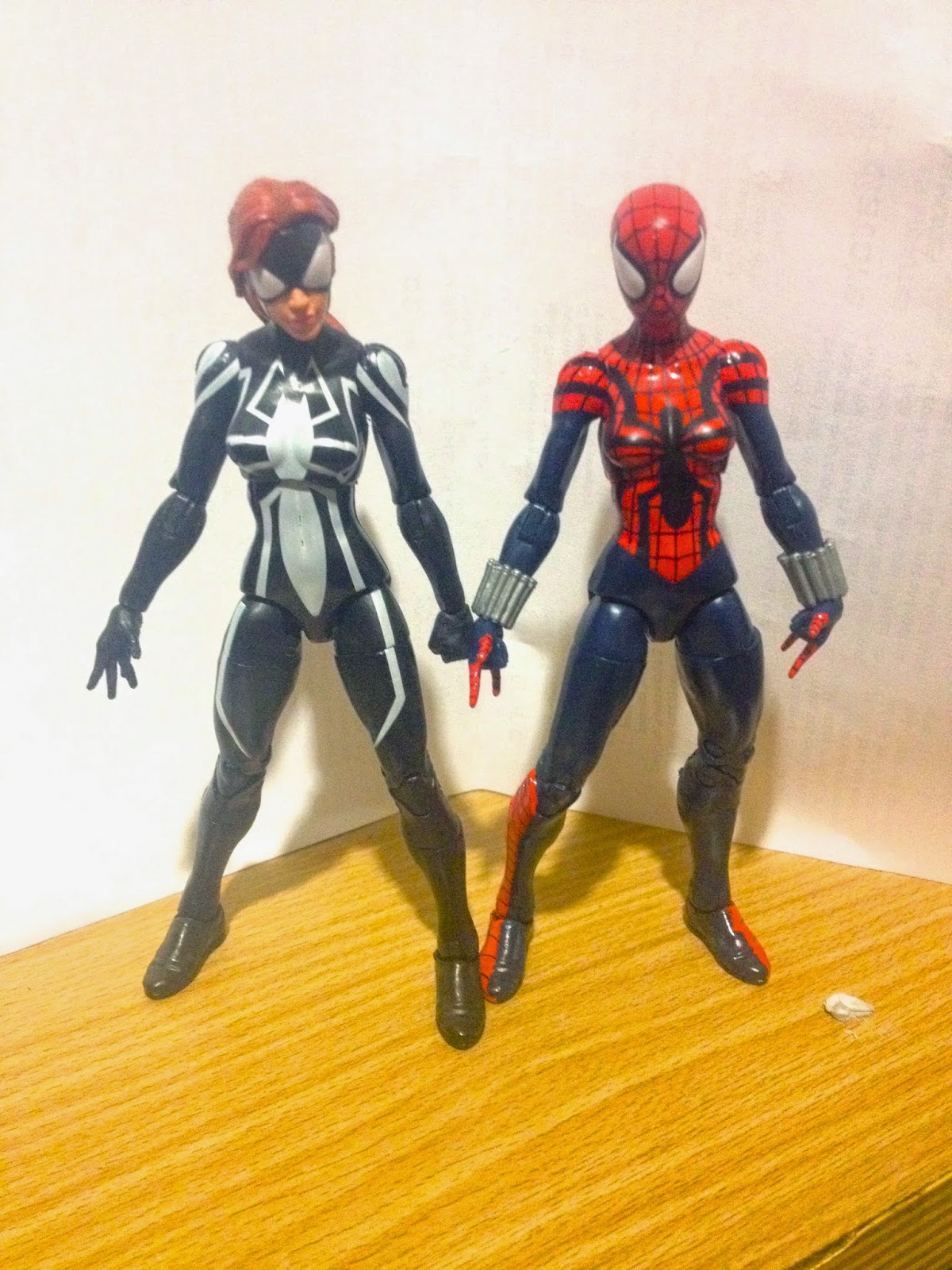 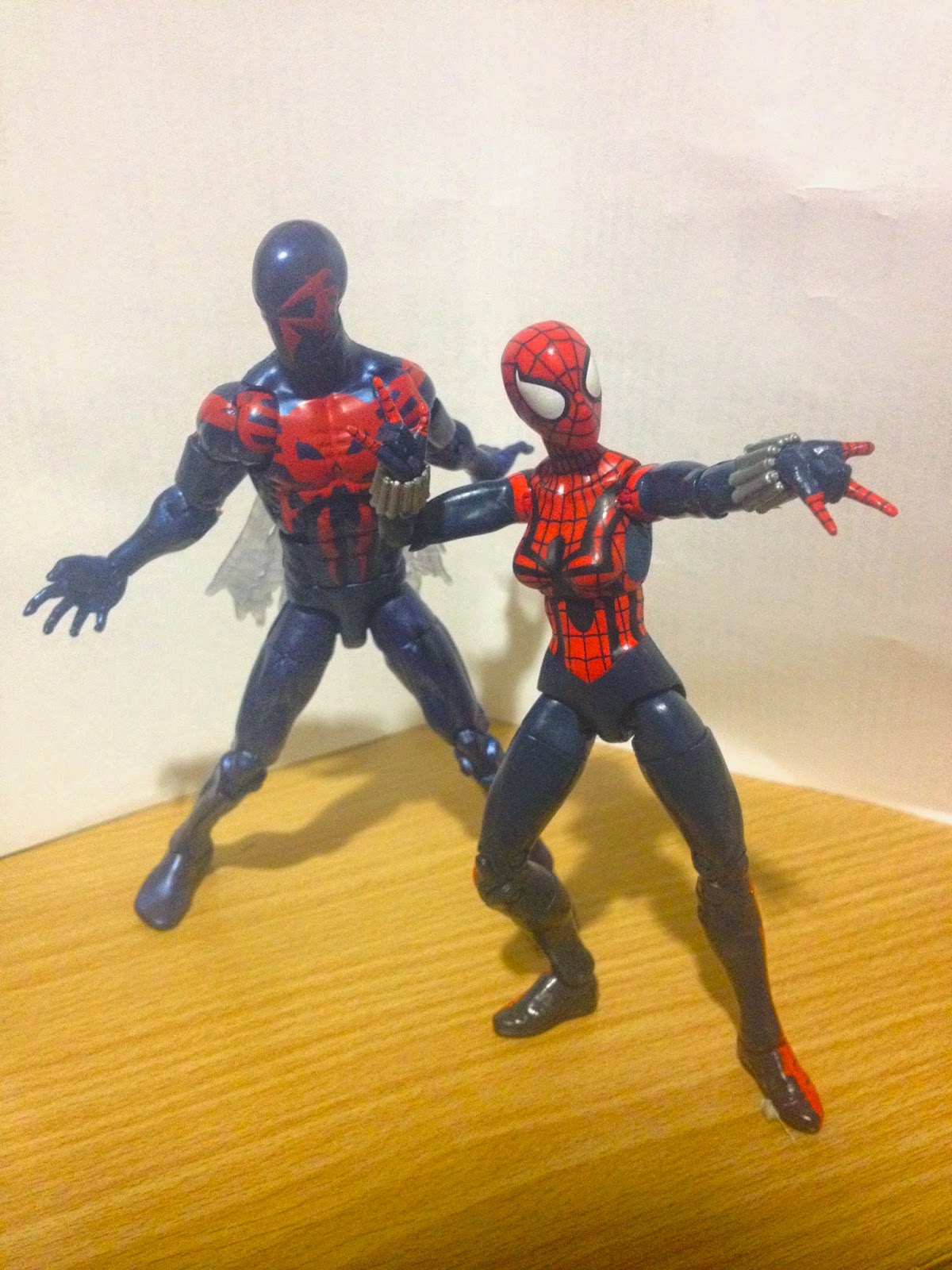 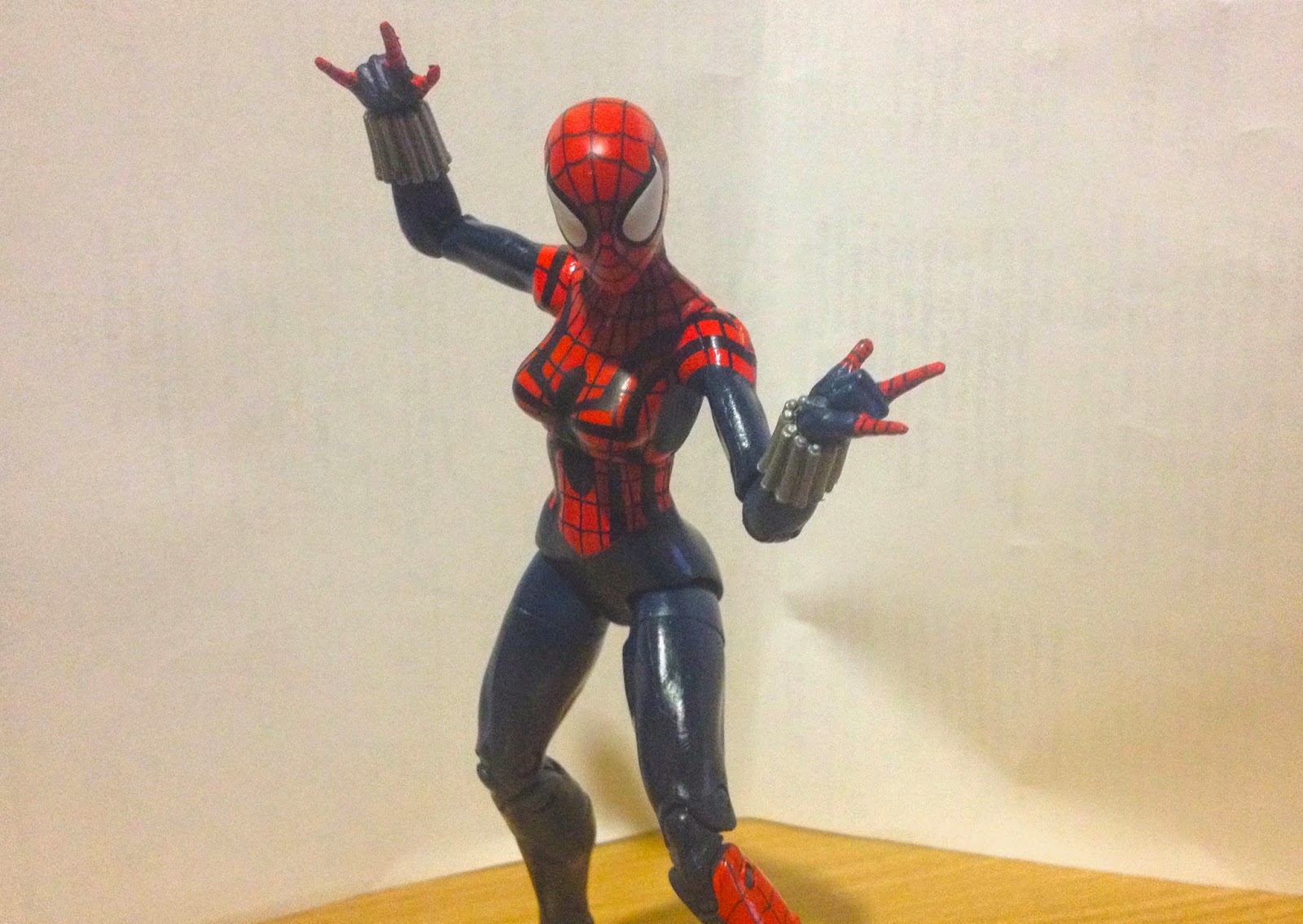 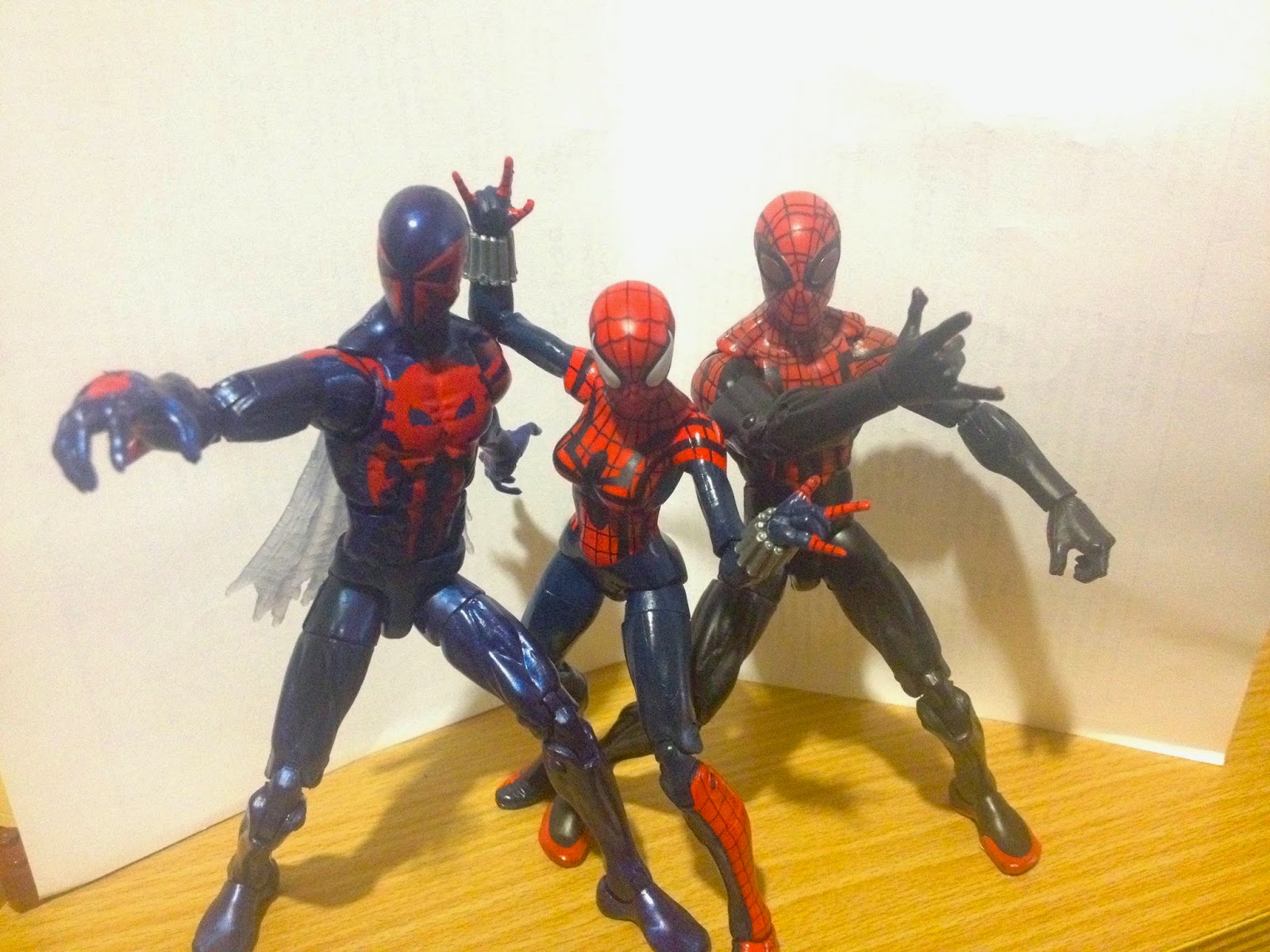