Essay: SpiderMan Fatigue or Enough with the Origin Stories! 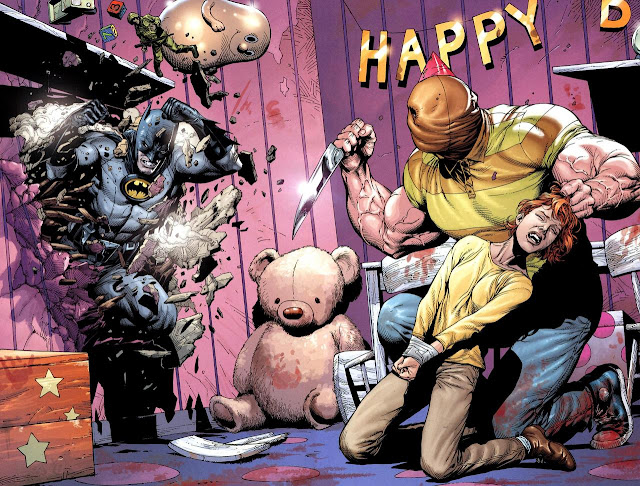 I picked up a graphic novel today that I’ve been waiting for, Batman: Earth One by Geoff Johns and Gary Frank. It told a new modern retelling of the Batman Myth, slightly updated and retooled; Harvey Bullock is a Hollywood celebrity cop, Jim Gordon is a coward, Alfred is a former marine and the sole educator of Bruce in his becoming of the Bat. Ultimately, despite the sharp and neat writing, and the gorgeous art  (Frank has been a personal favourite of mine since his Smart Hulk days), the whole thing was a bore, something of a wasted exercise, at least in my opinion.

I think I can trace this feeling back to The Amazing Spiderman (2012). After a few false starts in watching the film, I managed to watch it twice in cinemas, and again, as fine as the experience was, I was ultimately bored. Yes, the film was well made, and yes, the cast was fine, but I’m bored to death with origin stories.

This might seem like a comic-centric discussion on a movie review blog, but seeing as the current state of popular cinema today, it’s pertinent to talk about comic book films in a thoughtful way, what with the biggest films in cinema history all shaping up to be comic-book films and all.

The reason these days why there are so many adaptions, sequels and remakes is that these films come pre-packaged with an audience: studios are more likely to spend money on something they know for sure a percentage of people will consume. It’s because of this that a lot of these films are boring as hell. Normally, when a film is boring to me it is because I’m a seasoned consumer of crappy media, and I have a seen-it-all attitude to a lot of it. But this is a different kind of boredom, one born out of knowledge of the original content.

…Spider-man is a very special case, what with it being pretty much a remake ten years after the original. There is evidence, however, of the original story being much different, that the script (and the early marketing) suggesting a different origin to Spider-man that the comic book and film going audience was used to. Evidence suggests that Peter got his powers from his parents, and perhaps his father tinkered with his DNA as a child (similar to the Ang Lee Hulk film of 2003.) But they chickened out and played it safe, and what we have is a retelling of a familiar story. Yes, it looks good and the actors are strong, but it’s still the same old story, and as such, after two viewings of the film, it feels like a huge waste of time and money. 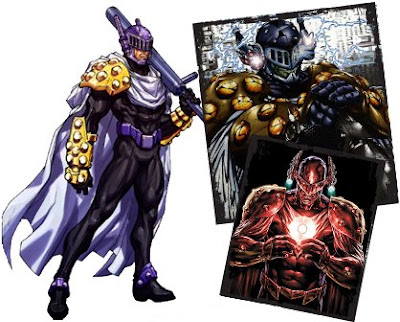 Let’s look at Batman: son of murdered parents devoting his life to costumed revenge and justice. His is a story that’s endured for so long, has been so interesting and is so versatile and timeless that it can be played with and recreated in a myriad of interesting ways.  I was fascinated with a villain called Prometheus, created by Grant Morrison on his famous JLA run back in the late 90s. He was the anti-Batman: his parents were thrill-killing, bank-robbing psychopaths, Bonnie and Clyde types and all the danger and sex that implies. Prometheus was just a boy when the police gunned them down, not a mugger. Instead of a war on crime, he wages a war on law and order, and targets cops and the Justice League as a result. 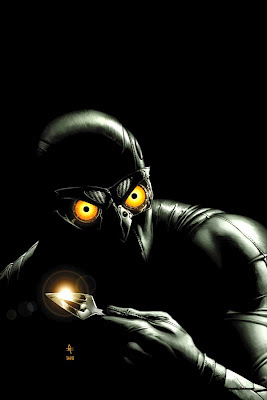 Another great version of the story is Nighthawk, (re)created by J.Michael Straczynski from an average superhero from the 70s Squadron Supreme into literally a black Batman. In Marvel MAX’s adult imprint,  Kyle Richmond watched his rich parents shot down by white supremacists, and devoted his life to a decidedly black form of justice, mainly dealing with crimes that affect the black community in Chicago, either black-on-black crime or white-on-black crime. In fact, he hates white people to the point where, amongst other superheroes, he will only really talk to Blur, a Marvel MAX black version of DC’s Flash. In the brutal trade paperback I read, Nighthawk faces off against Whiteface, a demented poisoner who dresses like a clown, only with a frown carved into his face instead of a smile.

It’s perhaps reading stories like this, where the Myth has been played with so successfully and interestingly that reading a straight, quote-unquote ‘modern’ version of Batman is pretty pedestrian. That’s what made The Dark Knight Rises so satisfying to me: Bruce Wayne’s body was broken from years of combat, and he had a little grey in his hair. Nolan and company didn’t try and make us, the experienced and educated audience, have to pretend we haven’t heard the same old origin story before; instead we were treated to something interesting and complex, a great story with a great character. But perhaps that’s the benefit of it being a sequel. 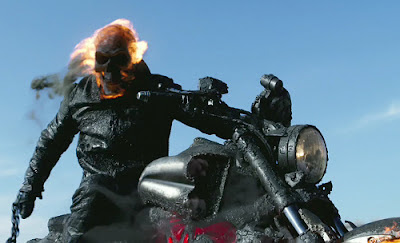 The other superhero movie I enjoyed just as much this year was Ghost Rider: The Spirit of Vengeance by Neveldine/Taylor. While not a direct sequel (they change a lot, and thankfully ignore much of the first film) you still ended up having the Ghost Rider already formed, and you didn’t need to sit around for 45 mins waiting for the hero to look the way you want him to look, to use his powers and be awesome.


Perhaps I bring this up because of the Zack Snyder’s Man Of Steel teaser trailers, and the San Diego Comic Con trailer that was leaked. Thought the teasers especially were made beautifully, featuring voiceovers from Superman’s two fathers played by Russell Crowe and Kevin Costner (!), it also featured young Clark Kent coming to grips with his powers. That was a major problem with the heavily flawed Superman Returns (2006), in that there were scenes of him being young and learning to fly which beared little to no importance to the rest of the film.

So I think we’ll end up seeing a little ship crashing to Earth, where a Kansas couple will find a little alien boy wrapped in a red sheet. Will it stand up to the other versions of the scene? And how long before he puts on the costume in this one, and when he does, will he be a complete man, or only when he defeats the enemy will he truly understand what it means to be a hero? Or will my expectations as both a filmgoer and a comic reader be challenged by something completely crazy and unexpected? Or will it be like with The Amazing Spiderman, where I’ll have to wait at least two-three years for a sequel with a fully formed character that I can enjoy? We’ll have to see.

I guess what I'm trying to say is that: We all know the stories. We know where the characters come from, and we know how they formed into who we all know and love. So why not take the Spirit Of Vengeance route and just have fun with it? It sounds trite and under informed, but its a billion-dollar industry people, do something creative. I know that a lot of this money hinges on the fans, but as a fan I just want to say: it doesn't have to be fan service. I don't have to see something that I read in a comic turned into a real-life thing, you can challenge me once in a while. New stories and completely new interpretations are vastly more interesting than seeing the same old thing shot in a different way. And that's probably the most important thing I learnt from watching The Amazing Spider-man.
Posted by Unknown at 07:03

Email ThisBlogThis!Share to TwitterShare to FacebookShare to Pinterest
Labels: Essay