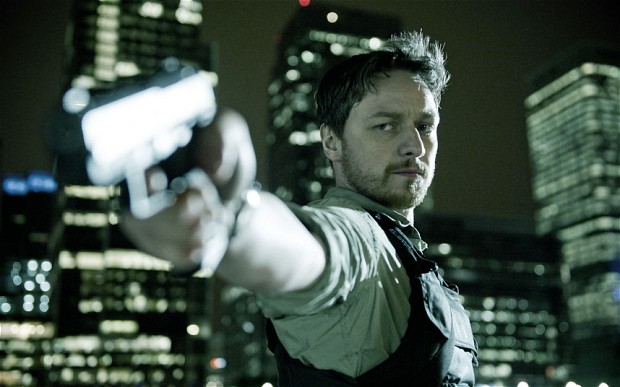 Eran Creevy’s Welcome to the Punch centres on Max Lewinsky (James McAvoy) and his feverish pursuit of master thief Jacob Sternwood (Mark Strong), who returns to London to help his son who’s caught up in a nasty conspiracy. Fans of British television would recognise a vast majority of the cast, made up of David Morrissey, Peter Mullan (currently kicking arse in Top of The Lake) Daniel Mays, Andrea Riseborough (who’s starring alongside Tom Cruise in Oblivion) among others.

Ed Wild’s cinematography is slick, cold and sharp, and presents an unrecognizable London, with its lights shining in the dark under a blue hue. The look is very alien and very modern European. While rendering familiar places unrecognizable is a cool thing to do (see Leon The Professional and how New York looks like the Parisian underbelly) this does little to make the film stand out as a British version of Heat (1995); many shots look like the film could have been shot in Sweden.

And that would not be that bad, though, if not for that glaring Heat comparison. This film is another action crime epic, like Michael Mann’s masterpiece, with the central protagonists being cops and robbers playing cat and mouse. This time there is more of a third party threat than there is in Mann’s film, but the comparison is unmistakeable. Going back to the problem of it not looking too much like England: the film could have been shot in the US without much of the dialogue being changed, and as a ‘British Heat’, I feel the film needed just a bit more to make you associate it with the UK.

But perhaps a British audience with receive the plot better than I did, as the conspiracy that ties all major events together involves guns, and the issue of providing guns to UK police in a standard capacity a la the US. This may be a big issue in the UK post-riots, but in the film to me it lacked a certain kind of relevance, and felt fake and un-British as a conspiracy idea.

The whole thing feels just too American to me. I suppose that’s a trapping of the genre, as action films of this type originated there and as such the plot and character conventions feel too American. The film is peppered with these clichés here and there, and as such the film feels like Brits trying to make an American movie. It feels odd as all the actors on display are top-shelf and at times the story and the dialogue feel amateurish.

I say amateurish as I recognise the film in a certain way, its very familiar to me. Not to say that it is; the script won third place in a competition regarding unproduced screenplays, and found itself with Ridley Scott as one of its executive producers. I’m just saying that at a young age I felt like I could make a ‘smart’ action movie, more of a drama with shooting in it, and had many ideas of writing a film that would have probably turned out very much like ....Punch. Maybe I will write something like that someday, and it feels sometimes like the film is cramming American ideas and scenarios into a British setting, and that feels to me like something a teenager would write. 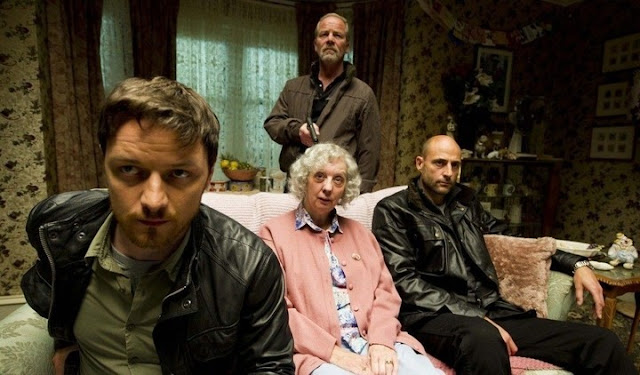 Which brings me to the film’s misleading title. It feels like the title of a sassier film, and while there actually is a plot-based reason as to the name of the film (the words ‘welcome to the punch’ are blink-and-you-miss-it, but there) the film overall lacks the kind of energy that the title suggests. There is one great scene, however, where three heroic characters hold a villain’s grandma hostage, and shootout ensues. This scene crackles with energy and innovation, and is shot brilliantly. It makes one wonder why the rest of the film is rather flat, and one must assume that this scene was a ‘this has to be in the movie’ kind of scenes that the director must have dreamt about making, as it is the only one with a discernible amount of care put into it. It’s the most exciting and certainly the most memorable scene in an otherwise unmemorable film.

The performances are ok. The cast are made up of UK TV favourites of mine, with some of their great film actors thrown in for good measure. The problem is they’re not given much to work with. In a short amount of time the two main characters are dealt great personal blows, and both reactions aren’t given the right amount of time or gravitas they deserve. It’s easy to determine who the bad guy is behind it all (it rhymes with ‘flavid florriesy’) and the reasons and motivations for such criminal acts are hastily sped through. 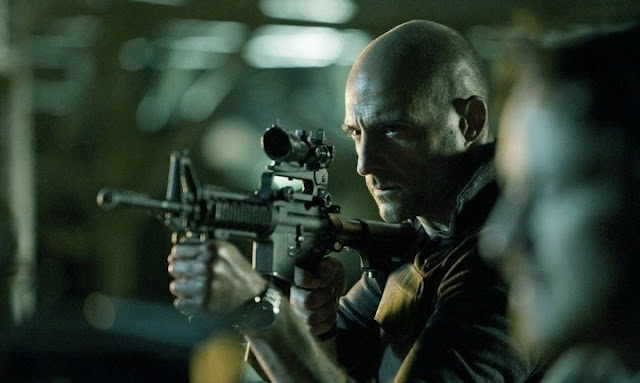 The problem is we’re not given much of a reason to care what happens to any of the characters, really, which leaves us with a cold film that goes through the motions at times, save for the before mentioned hostage scene. It at times feels like the actors filmed this on the weekends while they worked on bigger, better productions during the week; Daniel Mays looks liked he walked straight off the set of Ashes to Ashes. But it is good seeing McAvoy with a ginger beard (my friend Andrew has the same problem) and being more like a tough man than the grown teenager he looks like in Wanted. He turns in a good performance, but Strong’s scenes needed a bit more oomph. He’s a bit too cold and calculated, and needed more life.

In all Welcome to the Punch is ok. It’s certainly not the worst film in the world, but it is by no means the most memorable or the most original. It’s also a surprisingly long film, so if you’re in the mood to watch quality UK actors do an ok job in an predictable American style heist revenge film, give it a look. But I had a better time watching The Sweeney (2012).